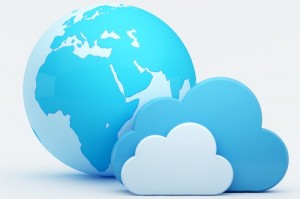 Jobber Inc.,a provider of cloud-based software for small and medium-sized businesses in field service industries, has secured new financing from the company’s existing Canadian and European backers. The Edmonton, Alberta-based startup received C$500,000 from venture capital firms Version One Ventures and Point Nine Capital, which contributed to Jobber’s seed-stage funding in February, 2012. Jobber will use the new monies to continue improving its software, adding to its team, and reaching deeper into field service verticals.

Jobber, the leader in modern Cloud-based software for field service companies, announced today that it has raised half a million dollars in new funding from existing investors Version One ventures and Point Nine Capital. The announcement coincides with a major feature release and additions to Jobber’s team.

Jobber provides a Cloud-based business management system for service companies that do their work in the field. Known for providing intuitive interfaces to manage customer information, invoicing & billing, scheduling and more, the newly released expense tracking functionality and highly anticipated ‘Jobber Calendar 2.0’ aim to raise the standard in this category of software.

“We’re intensely focused on the quality and ease of use of Jobber, and are fortunate to have fostered a dialog with our customers to ensure we’re doing it right,” said Sam Pillar, Co-Founder and CEO of Jobber. “This update is a perfect illustration of our ongoing commitment to being the best at what we’re doing.”

With double-digit month-over-month growth for the past year, Jobber has also announced additions to both its development and support teams. “Jobber services a large number of industry verticals, and we’ve expanded into new ones in the past year, while maintaining a reputation for excellent customer service and high quality software. It’s critical that we continue to grow our team in support of that goal,” said Pillar. Jobber is actively recruiting for several additional roles at the company.

“Since our first investment in Jobber the company has made tremendous progress in creating the leading Cloud-based software for field service companies,” said Christoph Janz, Managing Partner of Point Nine Capital. “We’re very impressed with what the team at Jobber has accomplished in the last 12 months and are happy about the opportunity to invest again in the company.”

Jobber will use the new funding to continue aggressively improving its software, adding to its team, and reaching deeper into the field service verticals. The company sees the new investment as an opportunity to further accelerate growth for a product that has already proven itself in the market place, and is enthusiastic about building new relationships and growing their customer base globally.

About Jobber
Jobber is Cloud-based business management software for small to medium sized businesses in the field service industries, such as landscaping, painting and cleaning. The software provides a suite of tools to easily manage customers, scheduling, invoicing & billing, time tracking and more with strongly integrated
mobile functionality. Jobber was founded by Sam Pillar and Forrest Zeisler in Edmonton, AB, Canada.

About version one ventures / versiononeventures.com
version one ventures is a venture fund based out of Vancouver B.C. Founded by Boris Wertz. The fund focuses on early stage consumer, SaaS and mobile opportunities, and has invested in companies such as Edmodo, Frank & Oak, GoInstant (acquired by Salesforce), Indiegogo, Indochino, Summify (acquired by
Twitter), Top Hat Monocle and Unbounce.

About Point Nine Capital / www.pointninecap.com
Point Nine Capital is an early-stage venture capital firm based in Berlin, Germany. The fund and its managers have a special focus on SaaS and have invested in a number of highly successful SaaS companies including Zendesk, Clio, FreeAgent, Unbounce and inFakt.