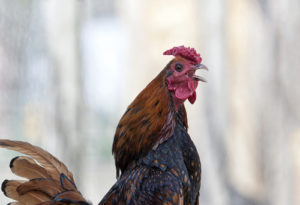 (Reuters) – Shares of private equity-backed El Pollo Loco Holdings Inc (LOCO.O) rose as much as 33 percent in their market debut as investors tucked in, betting on the growing popularity of the restaurant chain’s fire-grilled chicken.

Shares of El Pollo Loco, Spanish for “the crazy chicken”, touched a high of $20 on the Nasdaq, valuing the company at more than $700 million.

Restaurant chains that have gone public in the past 12 months have had mixed fortunes on the stock market.
Shares of Zoe’s Kitchen Inc (ZOES.N), a Mediterranean-style chain, have nearly doubled since their debut in April on the back of strong demand for healthier food, a trend that has also boosted Chipotle Mexican Grill Inc’s (CMG.N) stock.

But pizza chain Papa Murphy’s Holdings Inc (FRSH.O) and sandwich maker Potbelly Corp (PBPB.O), which are striving to improve their market share in a highly competitive sandwich and pizza market, are both trading below their IPO price.

“We’re not planning to be the next Chipotle. We will be a great El Pollo Loco,” CEO Steve Sather told Reuters.

El Pollo Loco fire-grills its chicken in an open kitchen, allowing diners to see their meals being cooked. Since opening its first restaurant in Los Angeles in 1980, the chain has grown to more than 400 branches across the southwestern United States.

The Costa Mesa, California-based company says it combines the convenience of quick service with the quality of food expected of fast-casual chains.

With an average check of $5.83 per person, a visit to El Pollo Loco is more expensive than dining at a McDonald’s Corp (MCD.N) or a Wendy’s Co (WEN.O) outlet, but is cheaper than going to a Chipotle restaurant or ordering a Subway sandwich.

El Pollo Loco first filed for an IPO in 2006. It withdrew its registration later that year citing unfavorable market conditions, before receiving a $45-million funding from Freeman Spogli in 2007.

El Pollo Loco raised $107.1 million after its offering of 7.1 million shares was priced at $15 each, the higher end of the range.

The company’s revenue rose 7.2 percent in 2013 to $314.7 million on the back of 11 straight quarters of rising same-store sales through the quarter ended March 26.

Its annual loss widened to $16.9 million last year from $7.9 million, due to early repayment of debt.

Jefferies LLC and Morgan Stanley & Co LLC were the lead underwriters for the offering.

(Editing by Savio D’Souza and Saumyadeb Chakrabarty for Reuters. Additional reporting and editing by Lawrence Aragon for peHUB.)