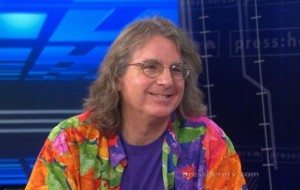 The target for Elevation Partners’ second fund is coming in at $1 billion, sources tell peHUB.

It’s not clear if Elevation has formally begun raising the vehicle, which will be a growth equity fund. However, the firm has been “talking” to current LPs on the back of Facebook’s pending IPO, say sources close to the situation.

A spokesman for Elevation declined to comment for this story.

Fund II will have a tech focus, one of the sources says. However, it is not immediately clear which tech sectors Elevation will focus on.

In July, Roger McNamee, Elevation’s co-founder, gave a speech at the Paley Center for Media where he spoke about significant changes in the tech market. He noted how Microsoft’s monopoly on Internet-connected devices is eroding, with its once 95% share (with Windows based PCs and devices) now under 50 percent. Google’s market position is similarly in a “very difficult situation,” McNamee said at the time. Google’s success with PC search hasn’t yet transferred over to mobile, where Google search is far less important, he said. Apple’s iPad is becoming the new user interface, bringing with it the potential for Apple to become the powerhouse IBM was in the 1970s. HTML 5 is also democratizing the Internet, McNamee noted.

Elevation raised $1.9 billion with its first fund in 2004, of which 92% has been invested, peHUB reported in November. Fund II is expected to be a middle-market growth equity fund that will have the latitude to invest from all the way from seed to late stage, peHUB reported.

The planned fundraising comes as Facebook has filed for an IPO that could raise $5 billion. Elevation invested $270 million in Facebook via three investments with a “blended valuation of $16 billion,” sources have told peHUB. If Facebook goes public with a $100 billion valuation, Elevation could make a 6x return on its investment.

Elevation is also an investor in review website Yelp, which is expected to go public in the next 10 days. Elevation invested $100 million in Yelp, which last week set terms for its pending IPO (7.15 million shares at $12 to $14 each). Yelp is reportedly expected to price its deal on March 1 and trade the next day. If Yelp prices at $13 a share, the mid-point of its price range, Elevation could see an IRR of 23% on its Yelp investment, a source says.

Even with these deals, Elevation could still have difficulty raising $1 billion. One placement agent told peHUB that some LPs aren’t giving Elevation credit for Facebook “because it’s a Hail Mary pass. Facebook is a once in a lifetime opportunity.”

“As a late investor [ in Facebook], they won’t generate the kinds of multiple Accel [Partners] will, but it won’t be chump change either,” another placement agent source says.

Elevation Partners LP, the firm’s first fund, has a realized investment of 1.1x and unrealized at 2.2x which shakes out to 1.6x, the first placement source says. The fund’s gross IRR is 18%, the source adds. Fund I has a net IRR of 11.07%, according to Sept. 30 data from the Washington State Investment Board.