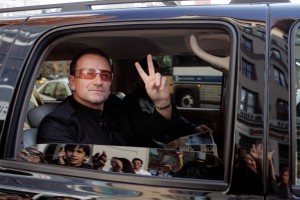 Elevation Partners may finally get to exit Forbes Media after eight years.

Today, Forbes announced that an investor group, Integrated Whale Media Investments, is buying a majority of the media company. The Forbes family is retaining a “significant” stake, a statement said. Financial terms of the deal were not announced but press reports pegged the deal value at $475 million.

New York-based Forbes, parent of Forbes magazine, was put up for sale late in 2013. Deutsche Bank advised on the process.

Once the transaction closes, which is expected later this year, Elevation will fully exit its investment in Forbes. Elevation, the PE firm that includes the rock star Bono as a co-founder alongside Roger McNamee, paid about $240 million for a roughly 45 percent stake of Forbes in 2006, according to press reports. The investment came from Elevation’s first and only fund, a $1.9 billion pool that closed in 2004. The fund, Elevation Partners LP, is producing a 10.86 percent net IRR and a 1.5x multiple, according to performance documents from the Washington State Investment Board.

Elevation’s total realized proceeds with the Forbes sale would be 1.8x invested capital, according to a letter sent to Elevation’s LPs that was obtained by peHUB. Elevation, once it distributes the Forbes proceeds, will have returned 95 percent of Fund I’s value, the communication said.

“Our results continue to exceed benchmarks,” Elevation said in the letter. The firm said its pro forma gross IRR is 17.7 percent and its net IRRs is 11.5 percent. Using Cambridge Associates’ benchmarks for 2005 private equity and venture capital this IRR is 400 basis points higher than the median benchmark and places the firm in the top 30 percent of all 2005 funds, the letter said.