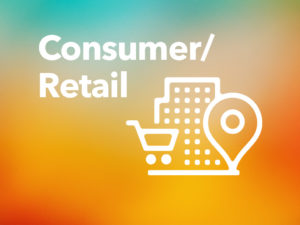 Elkhorn Capital Partners has made two Oklahoma City-based acquisitions: Arbor Glen, a 96-unit property and Arbor Vista, a 62-unit property. No financial terms were disclosed. Recently renamed Parkview Flats, the contiguous properties will be consolidated and managed as one property.

OKLAHOMA CITY, Feb. 24, 2021 /PRNewswire/ — Elkhorn Capital Partners, one of Oklahoma City’s larger multifamily investment firms, is pleased to announce the completion of two additional acquisitions. The acquisitions consist of Arbor Glen, a 96-unit property, and Arbor Vista, a 62-unit property. Recently renamed Parkview Flats, the contiguous properties will be consolidated and managed as one property. Since the pandemic began, Elkhorn has completed three non-performing asset acquisitions in Oklahoma City. The company’s success during these unique and challenging times is driven by its experience with distressed assets and financial acumen.

When asked about attaining the properties, Bruce Fraser, Elkhorn’s Managing Director, commented, “These two properties were on the market for a considerable period of time, as the previous owners had an aggressive asking price based on their current state. While they sat on the market, we continued to watch their status and occupancy regularly decline. Once the pandemic hit, the owners became more motivated to sell and we were able to acquire these properties at a much lower price that was more reflective of condition and occupancy.”

Elkhorn will oversee the execution of a comprehensive CapEx program, which includes significant exterior and unit interior improvements, the creation of exterior common recreation areas and efficiency enhancements to the buildings. With the physical improvements and a professional marketing plan geared towards local families, Elkhorn expects Parkview Flats to quickly become a stabilized asset, similar to the rest of the firm’s portfolio.

“The properties were not given the proper financial support by previous ownership and were thus in poor condition when we took over. We have a strong background, and a well-respected reputation, of providing capital and expertise to distressed properties in Oklahoma City and turning them into successful and well-run complexes. We look forward to working on Parkview Flats and adding another quality apartment complex to a thriving area,” added Fraser.

When asked about the local economy and Elkhorn’s presence in Oklahoma City, Fraser stated, “Elkhorn has benefited over the years from our many investments in and around the area. We felt like taking on this project was a small way for us to give back not only to the tenants and neighbors, but to the entire Oklahoma City community. Had we not stepped in when we did, we are confident that either the city or the former lender would have had to ultimately take action.”

Elkhorn has been experiencing rapid growth and continues to seek additional situations where its investment expertise can be applied to create a positive impact on the properties and communities in which it invests.