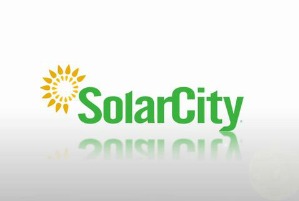 (Reuters) – Solar panel installer SolarCity Corp filed with U.S. regulators to raise up to $201 million in an initial public offering that could help rekindle investor appetite for cleantech stocks.

SolarCity has expanded rapidly thanks to a business model that allows residential customers to lease solar panels for their roofs. Rather than paying the large upfront costs required for a solar installation, customers pay a monthly fee.

Two of those funds are being audited by the Internal Revenue Service, SolarCity disclosed in its filing on Friday.

SolarCity, the largest U.S. solar installer, faces stiff competition in the solar lease arena from startups including SunRun and Sungevity, as well as stalwart solar players such as SunPower Corp (SPWR.O).

SolarCity was founded in 2006 by brothers Lyndon and Peter Rive along with their cousin, PayPal co-founder and Tesla Motors (TSLA.O) Chief Executive Elon Musk. Lyndon Rive is SolarCity’s CEO, Peter Rive is its chief operating officer, and Musk serves as chairman.

The company’s total revenue was $46.6 million in the three months ended June 30, compared with $13 million a year earlier. It said it had an accumulated deficit of $70.3 million as of June 30.

The company plans to list its common stock on the Nasdaq under the symbol “SCTY.”

SolarCity hopes it can buck the lackluster trend among recent cleantech IPOs. Enphase Energy (ENPH.O), a solar inverter maker that is one of the only green companies to go public this year, closed at $3.65 on Friday after debuting at $6 in March.

But SolarCity’s backers have pointed out that unlike most publicly traded solar companies, it operates in the part of the solar market that is benefitting from the freefall in prices.

Still, analysts said it won’t be easy going considering the weak performance of solar stocks in the last two years.

“Solar investors are very pessimistic, so it’s going to be a tough market to come out in,” Avian Securities analyst Mark Bachman said.

SolarCity said it might use a part of the proceeds from the offering to expand its current business through acquisitions or investments in other complementary strategic businesses, products or technologies.

It said, however, that reductions in or eliminations of government incentives for solar power could hurt its results and its ability to compete.

In addition, SolarCity said it was notified this month that the Internal Revenue Service is conducting audits of two of its investment funds, including a review of the solar installations that applied for a popular government cash grant program.

“If … the Internal Revenue Service determines that the valuations were incorrect and that our investment funds received U.S. Treasury grants in excess of the amounts to which they were entitled, we could be subject to tax liabilities, including interest and penalties, and we could be required to make indemnity payments to the fund investors,” the company said in the SEC filing.

Goldman Sachs, Credit Suisse Securities and BofA Merrill Lynch are acting as the lead underwriters for the offering.

The amount of money a company says it plans to raise in its first IPO filing is used to calculate registration fees. The final size of the IPO could be different.