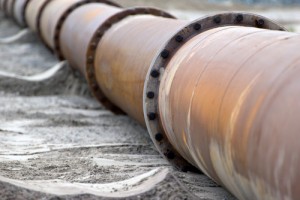 Calgary-based energy company Enbridge contributed US$8 million of an US$12 million round of financing into Smart Pipe Company, Inc., a Texas-based company providing solutions for the replacement of aging pipelines, Smart Pipe said this week.

Smart Pipe Company, Inc. Announces US$12.0 Million Financing Round With an US$8.0 Million Investment From Enbridge Inc.
September 5, 2013

KATY, TEXAS–(Sept. 5, 2013) – Smart Pipe Company, Inc. the developer of the high pressure, self-monitoring internal pipeline replacement system, announced it has secured an additional US$12.0 million financing round with an US$8.0 million investment from a subsidiary of Enbridge Inc. (TSX:ENB) (NYSE:ENB), a leader in the safe and reliable delivery of energy in North America. The funds will be used to accelerate the commercialization of the company’s XPL-300® series system.

“Smart Pipe is delighted to have Enbridge as a partner at this crucial stage of our market entry. Having the support of Enbridge really speaks to the quality of the solution we’ve developed over the past few years”, commented Smart Pipe Company’s President and CEO, Gary Littlestar. “The XPL-300® is on schedule to make a major impact on the pipeline industry, changing the way pipeline operators think about the use of composite materials to replace old, degraded steel. From the early stages of our discussions with Enbridge, it was apparent that there are many similarities in our respective corporate cultures. Using technology to address the increasing focus on safe pipeline operations and integrity management is part of our joint vision”.

Smart Pipe’s solution is a marked departure from the traditional approach used to remediate long segments of pipeline infrastructure. Currently marketed only for use in North America, the XPL-300® series has gotten off to a strong start after several years of research and development, culminating in the issuance of ASTM F2896-11 – “Standard Specification for Reinforced Polyethylene Composite Pipe for the Transport of Oil and Gas and Hazardous Liquids”. Recent projects have proven the validity of the technology from both an engineering and cost standpoint.

“The safe and reliable operation of our pipeline systems is Enbridge’s top priority and we are continually looking for new ways to improve upon our existing practices,” said Chuck Szmurlo, Vice President Alternative & Emerging Technology, Enbridge. “Smart Pipe’s technology is an innovative solution that economically addresses pipeline integrity challenges in critical areas, while also minimizing the environmental footprint associated with such work.”

The Smart Pipe® XPL-300® class system is the only large diameter, high-pressure composite pipeline system that is manufactured at the job location and is capable of being installed in very long continuous lengths of several miles, either into an existing degraded pipeline, or as a stand-alone system. The “smart” part of Smart Pipe® refers to the embedded fiber optic inspection system that allows the pipeline operator to continually monitor and instantly detect possible leaks, abnormal temperature changes, third party impacts or ground movement in its composite pipeline system. The system accurately locates the potential anomaly to within one meter, giving the operator a powerful new tool in the pursuit of “zero incidents.”

Enbridge Inc., a Canadian company, is a North American leader in delivering energy and one of the Global 100 Most Sustainable Corporations. As a transporter of energy, Enbridge operates, in Canada and the U.S., the world’s longest crude oil and liquids transportation system. The Company also has a significant and growing involvement in natural gas gathering, transmission and midstream businesses, and an increasing involvement in power transmission. As a distributor of energy, Enbridge owns and operates Canada’s largest natural gas distribution company, and provides distribution services in Ontario, Quebec, New Brunswick and New York State. As a generator of energy, Enbridge has interests in more than 1,600 megawatts of renewable and alternative energy generating capacity and is expanding its interests in wind and solar energy and geothermal. Enbridge employs approximately 10,000 people, primarily in Canada and the U.S. and is ranked as one of Canada’s Greenest Employers, and one of the Top 100 Companies to Work for in Canada. Enbridge’s common shares trade on the Toronto and New York stock exchanges under the symbol ENB. For more information, visit www.enbridge.com.