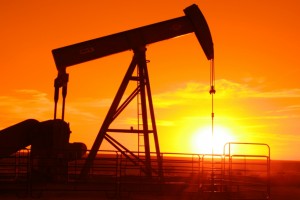 EnCap Investments only needed five months to raise its most recent fund.

The PE firm, which has offices in Houston and Dallas, distributed the PPM for EnCap Energy Capital Fund IX LP on Sept. 6, says D. Martin Phillips, a managing partner and cofounder. Fund IX closed at its $5 billion hard cap on Jan. 31. Fund IX, which will focus on the upstream sector of the oil and gas space, was “significantly oversubscribed” and came in above EnCap’s target of $4.25 billion, according to a statement. The PE firm did not use a placement agent.

EnCap needed twice as much time, 10 months, to raise its last fund, which closed at $3.5 billion in early 2011. EnCap also raised a coinvestment fund in 2011 from the LPs of fund VIII. That added another $400 million and brought fund VIII to about $4 billion, Phillips says. EnCap’s fund VIII is generating an amazing 79.05% IRR since inception, while the co-investment fund is producing a 31.28% IRR since inception, according to March 31 data from CalSTRS.

Phillips credited EnCap’s speedy fundraising to the firm’s strong performance. EnCap has also returned $10 billion to LPs since the 2008 downturn, Phillips says. “We’ve had the good fortune of distributing significant dollars and providing LPs significant liquidity over the course of last five to six years,” he says.

EnCap began marketing for fund IX when its eighth fund was 100% committed and 33% invested. Other PE firms typically begin marketing when their fund is 70% invested. “Ours is based on commitment of capital versus invested capital,” says Charles Bauer, an EnCap MD. The PE firm will commit fund IX over a two-and-a-half to three year time period, Phillips says. “Somewhere at the end of that time frame we will be back out in the market with fund ten,” he says.

Still, EnCap will be out fundraising soon but for a different fund. The PE firm will likely begin marketing for its third midstream fund in late 2013 or 2014, Phillips says. EnCap Flatrock Midstream Fund III LP will target the midstream sector of North America’s oil and gas industry. EnCap raised $1.75 billion with its second midstream fund in July.

Fund III will likely raise “somewhere in the neighborhood” of its second midstream pool, Phillips says.