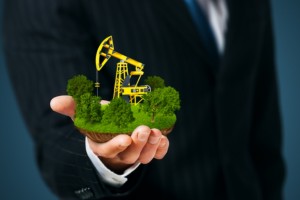 EnCap Investments is back in the market targeting $5 billion for its next flagship energy investment vehicle, EnCap Energy Capital Fund X, according to two people familiar with the firm.

The firm expects to hold a first close on Fund X in the first quarter of 2015, according to an email that went out to LPs recently. EnCap spokeswoman Casey Nikoloric declined to comment.

[contextly_sidebar id=”nAXz6xSr1Qk3E19XZTGFoKmOEvCZ1p8V”]EnCap appears to be on a quick fundraising cycle. The firm closed its last flagship vehicle, EnCap Energy Capital Fund IX, in early 2013, raising $5 billion and beating its $4.25 billion target. At the early part of its J curve, Fund IX generated an IRR of negative 6.2 percent as of March 31, 2014, according to the California State Teachers’ Retirement System.

“They put out money super fast,” said one of the sources, a limited partner who has heard the fund pitch. EnCap had worked to “pencil in” potential investors to reserve their commitments well ahead of actually launching the current fundraising, the LP said.

Other firms have followed a similar strategy of “signaling really early” what their target would be and when they would be out, the LP said. “It’s a smart move.”

The firm’s flagship funds focus on investments in the “upstream” sector of the oil and gas industry, committing capital to proven management teams to acquire and develop oil and gas reserves in North America.

In September, EnCap announced it had committed $225 million to Sierra Oil & Gas S. de R.L. de C.V., a Mexican exploration and production company. EnCap invested in the company alongside Riverstone Holdings, which also committed $225 million, and Infraestructura Institucional, which committed $75 million. The investors have the option of doubling their commitments once initial equity has been deployed.

Earlier this year, EnCap closed EnCap Flatrock Midstream Fund III on $3 billion, beating its $2.25 billion target. The fund invests in proven managers in the midstream segment of the oil and gas industry, which can include activities like processing, transporting, storage and marketing of oil and gas.

Energy and natural resources funds have raised about $20 billion so far this year, Buyouts reported, with about 13 percent of that tally going to energy funds. However, recent dips in the price of oil have caused jitters among energy-focused LPs worried about eroding profits in their portfolios.