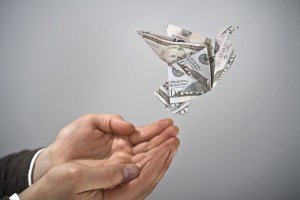 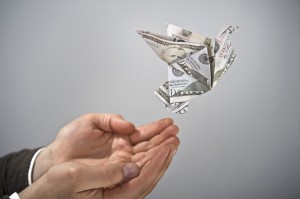 Pity the research analyst. In the 79 years since the 1934 publication of Benjamin Graham and David Dodd’s Security Analysis, no other job on Wall Street has been characterized by more reputational and financial volatility.

From near obscurity, the creation of Institutional Investor magazine’s “All-America Research Team” concept in 1971 gradually moved the star equity analyst to the top of the investment banking pecking order. By 2000, the analyst had become the prima donna.

But just as Icarus’ wax wings melted when he flew too close to the sun, the equity analyst’s star crashed and burned under the weight of a series of indefensible conflicts of interest and outright abuses that reached a zenith in the dot-com era of 1999 to 2001. The ensuing result was the so-called “Global Settlement,” a massive reform and transformation of the equity research industry implemented in 2003.

The biggest effect of the Global Settlement has been a dramatic decline in analyst coverage of emerging companies, those most in need of capital. As of year-end, 1,443 of 5,044 exchange-listed companies, representing nearly 29% of all companies listed on major exchanges, had no meaningful analyst coverage of their stocks. Further, of those 1,443 “orphaned” stocks without meaningful analyst coverage, 1,105 have market caps of less than $250 million, representing 55% of all listed companies with market caps under $250 million. Thus, the plight of the “orphaned” stock—not just poorly known and under-covered, but completely off Wall Street’s radar screen, with little or no chance of ever becoming widely held, actively traded and fully valued.

These micro-cap stocks represent the equivalent of the farm team for tomorrow’s Fortune 500 companies.  But they desperately need equity research and all the benefits associated therewith: visibility, marketability and liquidity.  Otherwise, these companies receive none of the benefits of being public and all of the burdens.  More importantly, it discourages companies from going public in the first place, negates the opportunity for job creation associated with these types of high growth companies and deprives ordinary investors who don’t have access to private equity opportunities of the high-return potential traditionally associated with newly public companies.

Equally important, the Global Settlement has completely changed how Wall Street delivers equity research and what institutional investors value. Today, premium services, such as investor conferences and access to an issuer’s management, have become the items most highly valued by the buy-side. Now investors prefer a forum to interact directly with CEOs and CFOs over traditional written research.  Not surprisingly, this shift was driven by pure economics or, more specifically, a lack thereof. With the Global Settlement’s severing of the ties to investment banking and the associated loss of banking revenues, research departments had to develop this “premium services” model as the means to more fully monetize their platforms.

So despite the radically changed nature of equity research, it continues to be valued by buy-side institutions. However, until equity research and analyst coverage becomes economically viable for Wall Street to generate for the one out of four public companies without meaningful analyst coverage, “orphaned” public stocks will remain a major public policy dilemma.

With commissions compressed and trading spreads decimated by market reforms in 1997 and 1998 and the advent of decimalization in 2001, Wall Street currently has no economic incentive to staff up the sales, trading and research desks to cover these smaller public companies, and that’s bad for everyone.  As a simple solution, we advocate a program that would permanently allow tick sizes (the minimum trading size for stocks) of $0.05, $0.10 and $0.25 for smaller stocks.  Tick size reform must be the most crucial element of any market structure reform, and we believe this program will be the most effective means to adequately compensate Wall Street to cover orphaned stocks and, more importantly, to provide a needed catalyst to the small cap IPO market and our country’s job creation engine.

We don’t pretend that changing tick sizes is a cure-all, but it would be a great start.  Of course, more work remains in ironing out the details in connection with the implementation of certain provisions of the JOBS Act and introducing and passing legislation that completely eliminates any post-IPO “quiet period” and allows all existing public companies that meet the criteria for an “emerging growth company” to take advantage of the JOBS Act provisions.

Timothy J. Keating is the chief executive officer of Keating Capital, Inc. and the president of Keating Investments, LLC (www.KeatingInvestments.com). Keating Capital is a publicly traded business development company that specializes in making pre-IPO investments in innovative, emerging growth companies that are committed to and capable of becoming public.