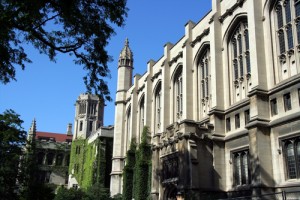 Riding high on their access to top venture funds, endowments left other categories of limited partners in the dust, performance-wise, in the 1990s. But by the following decade they had largely lost their Midas touch.

Those are the findings of a working paper available through the Web site of the National Bureau of Economic Research, a non-profit, non-partisan research organization devoted to elucidating how the economy works, according to sister magazine Buyouts. The February paper was co-authored by Berk A. Sensoy, assistant professor of finance at the Fisher College of Business at Ohio State University; Yingdi Wang, assistant professor at the Mihaylo College of Business and Economics at California State University-Fullerton; and Michael S. Weisbach, a professor of finance at the Fisher College at Ohio State.

Just how much better did endowments, including both universities and foundations, do for most of the 1990s? For buyout and venture capital funds raised between 1991 and 1998, the paper found that endowments generated an average IRR of 35.74 percent. That was higher than all seven other categories of investors, including investment firms (25.78 percent), advisers (24.74 percent) and public pension funds (21.40 percent).

By contrast, for funds raised from 1999 to 2006, endowments actually fell to the very bottom of the pile. They generated an average IRR of just 5.83 percent in those years. That was well behind the leaders—insurance companies (9.44 percent), public pension funds (9.25 percent) and banks/finance companies (8.88 percent).

The authors attribute the 1990s outperformance to investments made by endowments with older, more established venture capital firms. These firms sponsored funds that were, in general, difficult to get into but whose results were stellar. Compared with other investors, endowments also more frequently backed venture firms that kept a lid on fund size, which the paper found “performed better over this period.” By 1999 to 2006, endowments still invested at an above average rate with more established firms, but they were no longer more likely to invest in slow-growing funds. “Further,” the paper found, “the performance advantages of both of these types of funds largely dissipate over time.”

All told the authors studied investments by 1,852 LPs in 1,250 unique buyout and venture funds raised between 1991 and 2006. The data came from VentureXpert database (a product of Thomson Reuters, publisher of Buyouts), Capital IQ and Preqin. Among other findings of the study:

You can find out how to download a copy of the paper at http://www.nber.org/papers/w18793.