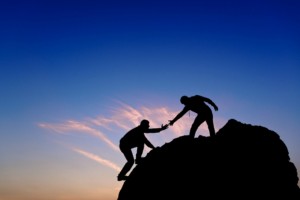 Energy Future Holdings is close to signing up at least $9.7 billion of bankruptcy loans from a consortium led by Citigroup and Deutsche Bank, according to two sources involved in the matter, allowing it to finance its operations during a bankruptcy expected to be filed by Tuesday.

While the loan amounts remain subject to change, the Texas power company plans to seek Chapter 11 protection by Tuesday with the so-called debtor-in-possession (DIP) loan in place, whether or not it reaches a consensual restructuring deal with its creditors before then, said the people, who declined to be named because talks are private.

Citi is leading an approximately $4.5 billion DIP loan at the company’s unregulated merchant generation unit, while Deutsche Bank is taking the lead on a $5.2 billion DIP at Energy Future Intermediate Holdings, which owns most of the company’s regulated business, said the people familiar with the matter.

Unsecured bondholders at EFIH are expected to advance $2 billion of bankruptcy financing on top of the bank commitments, a third person close to the matter told Reuters on Monday.

Several sources told Reuters on Friday that Energy Future planned to file for bankruptcy as soon as Monday evening or early on Tuesday.

The company would like to do so with the framework of a restructuring already in place, which would save time and money in Chapter 11. It remains to be seen whether it will accomplish that goal, with restructuring talks with creditors carrying on into the eleventh hour.

The company’s largest creditor faction, a group of secured lenders at its unregulated unit, is willing to accept a deal that does not include a major tax savings mechanism it was initially seeking, another person close to the matter told Reuters on Monday.

The group, which includes private equity giants like Apollo Global Management and Oaktree Capital Group, would agree to a deal that would allow it to take ownership of Energy Future’s unregulated unit through a tax-free spinoff, but the deal would be subject to the blessing of the Internal Revenue Service and contingent on other milestones, said the person.

It would also depend on securing some other form of compensation for the lenders in exchange for their agreement to forgo the tax savings, which is still a point of discussion, the person said.