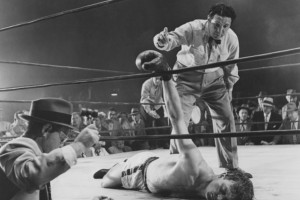 Leading Texas power company Energy Future Holdings is widely expected to file for bankruptcy in the coming days, the victim of a record-breaking buyout that piled it with debt just as prices for its electricity plunged.

The former TXU Corp owes more than $40 billion, and if a deal cannot be struck with creditors by the end of Monday, the owner of 14 power plants is expected to file one of the biggest Chapter 11 bankruptcies in history soon afterward.

The bankruptcy could touch off years of expensive court-supervised negotiations with funds such as Apollo Global Management, which specialize in profiting from bankruptcy work-outs, and traditional money managers such as Fidelity Investments.

Ultimately, Energy Future’s businesses are likely to be broken up and transferred to the hands of its creditors, people close to the matter have told Reuters.

The company’s generation business, Luminant, and regulated distribution unit, Oncor, both rank among the largest in the United States.

Consumers are not expected to suffer power disruptions, and EFH might be the last in a string of big bankruptcies that have hit the energy sector over the past decade. Most of its competitors carry less debt.

Energy Future’s bankruptcy hinges on the anticipated opinion of its auditor in a regulatory filing due Monday that it could not continue as a going concern. The conclusion would trigger a default on loans, although the filing could be delayed depending on whether a grace period is triggered.

The company said in its most recent regulatory filing it had $38.7 billion in assets and $50.2 billion in liabilities. If it were to file for bankruptcy, it would be the 10th largest in U.S. history, according to Bankruptcydata.com.

The company’s anticipated collapse is a rare black eye for private equity firm KKR & Co (KKR.N), which led the $45 billion buyout in 2007 along with Goldman Sachs Group Inc’s (GS.N) private equity arm and TPG Capital Management TPG.UL. The firm’s investment in EFH is likely to be wiped out.

EFH was created at the end of what has been called a “golden era” for private equity, a period from 2006 to mid-2007 when lenders eagerly financed many of history’s largest LBOs. The buyout of TXU, completed in October 2007, was the biggest.

With capacity of 15,400 megawatts, Energy Future Holdings is the biggest power generator in Texas and one of the top 20 in the United States.

It has eight natural gas plants, five coal plants and one nuclear plant, primarily across Northeast Texas. It also operates the largest transmission and distribution network in Texas, serving the northern third of the state.

When the new owners took the company private in October 2007, they changed its name to Energy Future Holdings – and saddled the company with about $40 billion in debt.

Shortly thereafter, the economic recession and the use of hydraulic fracturing, or fracking, to tap hard-to-reach sources of energy lowered prices for natural gas and wholesale power, making it difficult for EFH to service its debt.

Last April, Energy Future revealed it had hired law firm Kirkland & Ellis to advise on its restructuring options, saying it could face a bankruptcy filing, liquidation or insolvency.

Among key obstacles hindering the talks was a dispute over how to structure a breakup of Energy Future. According to people close to the matter, the Apollo-led investor group wanted to take control of Energy Future’s unregulated power merchant business in a way that would allow it to save money in future taxes.

However, such a move would create a massive capital gains tax owed by the Energy Future estate to the Internal Revenue Service. People close to the matter estimated it could be as high as $8 billion and reduce the amount of money available for unsecured creditors, who are among the last to be paid.