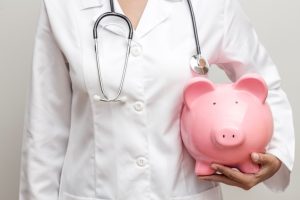 The Cincinnati system is interested in selling a slight majority ownership stake in Ensemble, one of the people said, while cautioning that could change as the process develops.

Guggenheim Partners has been engaged for financial advice on the process, three people said.

Ensemble generated 2018 Ebitda just north of $150 million and expects earnings to grow in 2019, two of the people said. A potential transaction could value the company in the ballpark of $2 billion, they speculated.

The process will be tightly run and exclusive to financial sponsors, one of the people said, as Ensemble is seeking a partner that will help fuel the company’s growth.

Strategics and PE-backed strategics that compete with Ensemble are not permitted in the process, while firms with investments in the space that are not direct competitors are seen as less likely to prevail, this person indicated.

Marketing materials will be distributed later this week or next, with the process expected to narrow to a small group of parties in about a month, this person said.

The company was founded in 2014 by CEO Judson Ivy, a former RCM executive at Health Management Associates and Community Health Systems.

The subsidiary has grown significantly since joining Mercy Health in May 2016. The health system purchased Ensemble for $60 million up front, plus up to $50 million additional should the business reach specific metrics, the health system said at the time.

Other not-for-profit health systems that have invested in RCM units include Dignity Health, which after its recent merger with Catholic Health Initiatives will become CommonSpirit. Ascension Health in 2016 bought R1 RCM (formerly Accretive Health).

Meanwhile, publicly traded Tenet Healthcare continues to explore strategic options for Conifer Health Solutions, the company’s CEO, Ronald Rittenmeyer, said during a presentation at the JP Morgan Healthcare Conference in January, according to media reports. The strategic review was initially launched in 2017.

Representatives of Ensemble and Guggenheim declined to comment, while those with Mercy Health didn’t immediately return a request for comment on Wednesday.