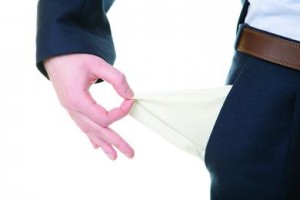 Starting a business is never easy, but starting one during the first few rounds of a recession is a task bordering on sadistic. However, there is a school of thought that claims that economic downturns actually produce more entrepreneurs than in times of economic expansion.

When financial indicators head south, it’s often the time when people miss out on bonuses, or don’t get the promotion they were expecting, or, in the worst-case scenario, find themselves out of a job; a situation many in the City are going through. Dissatisfaction and unemployment make for powerful motivators.

“This has been a trend since the end of the Second World War,” says Andrew Carruthers, CEO of London-based Spark Ventures. “The difference is that today we operate in a knowledge-based economy, where intellectual capital is priced at a premium. Intellectual capital resides in individuals, and individuals can work from home.”

For Carruthers, recession leads to innovation. “The City has been such an engine of the economy over the last few years that it has attracted all the leading talent. The slowdown in the banking sector is releasing the best of the entrepreneurial spirit.”

The problem for many entrepreneurs is that the banks are unwilling to lend them any money – which is why early stage VCs are able to keep busy. What this doesn’t mean is that they are going to be investing in more companies.

Laurence John, CEO of Amadeus & Angels Seed Fund (AASF), says: “It is much harder for entrepreneurs to raise money now. For one, the exits have gone. Since the credit crunch, companies can’t afford to buy other companies. The debt markets aren’t there so you can’t fund them with debt, which means they need more equity. Also, their clients are buying less, so there’s less revenue coming in, which again leads to the need for more equity.”

Making the job of raising money even harder is the impact the recession has had on investors. Oliver Woolley, a partner at angel network Envestors, says: “One third of our investors have stopped investing. The other two-thirds are still active, but the main issue for them is valuation. Where you might have got a valuation of £2m a year ago, now you are looking at 30% to 40% off that. We are saying to our companies not to try to raise equity unless they have to.”

“Smarter entrepreneurs have decided to stop trying to raise money,” observes Carruthers. “They’ve realised there’s no point going around saying they are the greatest thing since sliced bread. They may well be, but they know it will be a hard slog and will end up losing more of their business when it comes to getting Series A funding.

“The doors aren’t completely shut to new investment,” he continues. “If a company already has existing venture backing, they can find it easier to attract further funding, but for entrepreneurs looking for their first round, it’s going to be very difficult. My advice to them would be to go and find some revenue first and then come back for funding.”

The buzzword for entrepreneurs now is ‘prudence’ – companies will need to be more frugal with their equity, as VCs will be reluctant to use too much to prop up a company while it waits for the market to recover. John says: “What you don’t want to do now is spend and ramp up costs, because you don’t know how long this downturn is going to last.”

Ultimately, however, John is upbeat. “If you do it right, it’s a great time to invest. I’m really positive. The recession is a safe harbour. Spend the next two years investing and when the market comes back, you can have something to present to potential buyers that are in acquiring mode.”