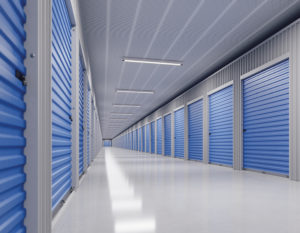 EQT’s recent acquisition of Storable values the software and technology provider to the self-storage industry at around $2 billion, sources familiar with the deal’s terms told PE Hub.

In connection with the deal, existing investor Cove Hill Partners will retain a minority stake in Storable, a December 16 announcement said.

Storable, based in Austin, Texas, offers an end-to-end integrated suite of technology solutions to empower self-storage operators to enhance efficiency and optimize occupancy. The company’s offerings include a market software platform with embedded payment and insurance solutions and the online marketplace for self-storage operators. It currently employs approximately 440 employees.

According to EQT, the end market for self-storage is highly fragmented, has experienced consistent growth over the last few years and is undergoing significant digital transformation.

The firm plans to support Storable’s continued scaling through investments in product innovation and commercial excellence, with a focus on sustainability, EQT said in the press release.

The deal underscores EQT’s push to capture a greater share of the US tech market. Last year, the firm hired Arvindh Kumar from Iconiq Capital as a partner. Kumar was named head of EQT’s North America efforts in technology, media and telecom.

In an interview with PE Hub in September, Kumar said EQT is trying to invest in businesses that are accelerating due to digital transformation and is spending time on opportunities across the supply chain, transportation and logistics sectors.

With this transaction, EQT IX is expected to be 30 percent to 35 percent invested (including closed and/or signed investments, announced public offers, if applicable, and less any expected syndication) based on its target fund size, and subject to customary regulatory approvals, EQT said in the press release.

For Cove Hill, the investment in Storable appears to be a short hold.

Cove Hill acquired a majority stake in SpareFoot in 2018, when the online marketplace acquired SiteLink. In 2019, the self-storage marketplace SpareFoot merged with industry software providers SiteLink and storEDGE. The combined companies united under a newly formed brand called Storable.

Cove Hill, which spun out from Bain Capital in 2017, positions itself as a firm that intends to hold assets for up to 15 years. The Boston PE shop is a long-term oriented private equity firm focused investing and building out market-leading technology and consumer companies.

EQT and Cove Hill representatives declined to comment, while a Storable spokesperson declined to confirm or deny any financials reported in the story.