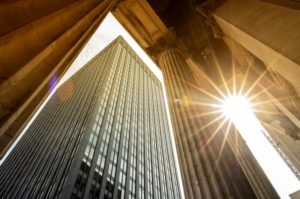 Newbie: One of the emerging firms we’ve been tracking, Equality Asset Management, invested in e-commerce platform Miva, Inc. Miva is benefitting from dynamics that have emerged after the pandemic of a rush to online shopping.

“The ecommerce industry is well positioned for growth as more merchants diversify their revenue sources and reevaluate customer engagement online,” Rick Wilson, CEO of Miva, said in a statement. Wilson will stay on as CEO as part of the deal. Read more here.

Ex-Summit Partners executive Thomas Roberts formed Equality in 2018. The firm, which Roberts controls, managed about $123 million as of year end, according to the firm’s Form ADV. Other executives as Equality include managing directors Jeff Del Papa, who leads the tech team, and Gabriel Gomez, who leads origination.

The firm launched its debut fund in 2019 with an ambitious $500 million target, Buyouts previously reported. It’s not clear if the firm closed fundraising on Fund I, which appears to have raised at least $123 million, according to fundraising filings. The firm has a longer hold horizon than traditional PE funds, and has lower management fees than the standard 2 percent, Buyouts previously reported.

Interesting: Fund I came with some interesting terms. It has a 5 percent “hard hurdle” rate, lower than the market standard 8 percent (a preferred return the GP has to hit before starting to collect performance fees). With a hard hurdle, the GP collects carry only on returns that beat the hurdle rate.

In the case of Equality, this means LPs would collect distributions from profits up to 5 percent, at which point the GP starts to collect its share of profits, generally split 80 percent to LPs and 20 percent to GPs.

This is different from the type of hurdle many funds use: a preferred return, usually 8 percent, with a GP catchup provision. This means LPs receive distributions on profits up to the 8 percent hurdle, typically putting them over the contractual 80/20 profit split, after which the GP receives all or most distributions until it reaches its share of the preferred return. Once that occurs, LPs typically get 80 percent of profits and the GP gets 20 percent.

Read more about the details here on Buyouts.

Have you seen other interesting, ‘off-market’ fund terms? Let me know at cwitkowsky@buyoutsinsider.com.

That’s it for me! Have a great rest of your day. As always, hit me up at cwitkowsky@buyoutsinsider.com or over on LinkedIn.