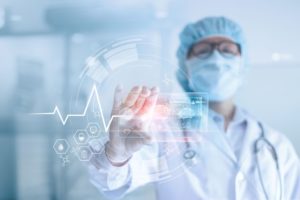 As covid-19 has accelerated the use of technology in clinical trials, the pending merger of two such businesses backed by private equity – ERT and Bioclinica – assigns the combination a total enterprise value of approximately $5.9 billion, according to sources familiar with the matter.

In connection with the deal, Nordic, Astorg and Novo will all be increasing their investments in the newly combined company, one source said. The deal is poised to leave Nordic and Astorg with roughly 40 percent stakes each, alongside Novo and Cinven with around 10 percent stakes each, another source told PE Hub.

ERT and Bioclinica generate revenue of approximately $550 million and $250 million, respectively, two of the people said.

The deal comes a little more than a year after Paris-based Astorg agreed to join Nordic and Novo as an investor in ERT, valuing the clinical trial technology company at approximately $3.8 billion at that time, PE Hub wrote. In connection with the transaction, Nordic exited its original Fund 8 investment and reinvested through Fund 9, one of the people said.

Nordic and Novo originally bought the company in May 2016 from Genstar Capital, with the former assuming a 70 percent stake at that time. The joint investment put ERT’s enterprise value at $1.8 billion – implying ERT post Bioclinica has grown more than 3x in value in under five years.

For Bioclinica, the deal comes more than four years after Cinven’s investment, which commanded an enterprise value of approximately $1.4 billion.

Collector of data for drug development

For ERT, buying Bioclinica was a means to filling in one major gap – medical imaging, in which it only had a small footprint.

Importantly, since Cinven’s August 2016 investment, Bioclinica has transformed through its mostly organic efforts to build out its medical imaging division.

The medical imaging business now represents 80 percent of BioClinica, one source said, up from approximately 50 percent at the time of Cinven’s investment. The company, which also encompasses a pharmacovigilance business, offloaded its network of clinical trial sites in September 2019 through a sale to Pharmaceutical Product Development (PPD).

Amid the rapid growth of its medical imaging business, Bioclinica received a number of approaches beginning around the back end of 2019 through early 2020, sources said. The interest stemmed primarily from other strategics interested in a possible combination, in addition to financials.

The merger comes as CROs and the broader pharma industry face more pressure to shift to a cloud-based approach to speed up decision-making in clinical studies and support virtual trials.

This year in particular has highlighted the effectiveness of technology in drug development. Regulators have proven accepting of digital- or virtual-driven clinical trials that have made the development of covid-19 vaccines possible under an accelerated timeframe. That would never have been possible through the industry’s traditional services-driven methodologies, sources said.

In other recent activity underscoring this theme, EQT-backed Certara, a biosimulation software company that predicts how patients will react to drugs, raised approximately $668 million in last Friday’s public debut.

EQT about three-and-a-half years ago bought a majority stake in the creator of virtual trials for roughly $850 million, leaving Arsenal Capital Partners with a minority stake at that time.

ERT, for its part, is now approximately 70 percent software with the remaining 30 percent services, one of the sources said.

Underscoring its focus on technology, experienced technology executive Joe Eazor succeeded Jim Corrigan as president and CEO, effective October 5. Among other roles, Eazor is the former CEO of Conifer Health Solutions, CEO of Rackspace and CEO of Earthlink.

Given that some big clinical trials slated for 2020 didn’t occur after the pandemic delayed start dates, 2021 is poised to be a busy year for ERT, one source noted.

The second largest provider of clinical end-point data solutions, after ERT-Bioclinica, is Genstar Capital’s Signant Health. Signant which was formed in 2018 by the merger of CRF Health and Bracket.

Jefferies served as the lead sellside adviser to Bioclinica on the transaction, with Rothschild retained for additional advice. Kirkland & Ellis provided legal counsel to Cinven and Bioclinica.