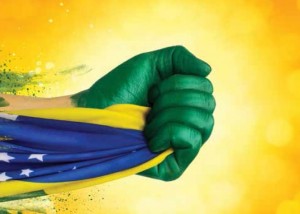 That’s a question many private equity professionals are asking after Standard & Poor’s this month downgraded Brazil’s credit rating to junk — the next blow after Brazil’s economy slipped into recession in August.

“With the political situation, the devaluation of the currency and now the downgrade, it’s tough to see what’s coming next in Brazil,” said Cate Ambrose, president of the Latin American Private Equity & Venture Capital Association. “Even if you’re looking [to invest in] a great company, it makes it tough to … pull the trigger.”

The obvious opportunity for those with money to spend is finding quality companies for cheap prices, and that opportunity is certainly present in Brazil today, sources said.

However, it’s not that simple, said Chris Meyn, who led private equity at Gávea Investimentos before he left over the summer. Ever at relatively cheap prices, Brazilian companies may not see growth for the next few years because of the batttered economy.

This means, at the very least, hold periods will have to run longer for value to accrue, Meyn said.

“I’d rather pay up for something that’s growing rather than hit a needle in a haystack and pay the right [price], so I get that back in cash flow and hope the market recovers,” Meyn said. “Outside of a few companies and sub-sectors, nothing is growing.”

Sectors that remain attractive include technology and healthcare, Meyn said.

The recessionary environment has helped drive down prices, along with the depreciation of the Brazilian real, which has declined 40 percent against the dollar over the last year, according to Market Realist. This means that even if a firm paid a good price in reais two years ago, that investment has likely lost enormous value.

Currency depreciation, however, might be good news for those searching for deals with fresh dollar-denominated funds, Ambrose said.

Private equity managers that raised money in 2011-12 and invested in that environment are likely feeling pain. Prior to 2014, private equity’s peak fundraising year in Latin America was 2011, when 35 funds raised $10.27 billion. Last year surpassed 2011, with 56 funds raising $10.39 billion, according to LAVCA.

“If you invested in the peak of the market in 2012, even if you were investing in a great company paying good prices, the currency volatility is really creating an enormous challenge,” Ambrose said.

Several funds in market or coming back to market for Brazil and Latin America face fading interest on the part of international LPs. However, even in this environment some firms are able to raise new funds.

H.I.G. Capital’s debut Brazil fund, has quickly neared its target of $600 million and is will soon hold a final close, sources said. H.I.G. raised much of the capital from existing investors.

Some of the bigger firms in the market this year include and BTG Pactual, Southern Cross and Vinci Partners. They may find it challenging to convince international LPs to commit, considering Brazil’s woes.

“You’re just constantly rowing upstream with all the issues that exist — macros, political, currency,” said one LP. “When you do see returns generated there, in almost all cases they’re not all that much better, or not better at all, from what you can get in North America or Europe. That begs the question: Why go down there?”

Performance: 8% net internal rate of return; 1.1x multiple as of Dec. 31, 2015, according to the California Public Employees’ Retirement System.