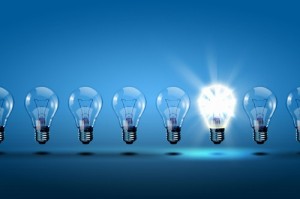 Engineering school École de technologie supérieure and McGill University have launched Quartier de l’innovation de Montréal, a hub established in downtown Montréal that will bring together representatives of business organizations, entrepreneurial companies, post-secondary institutions and community groups to foster innovative practices and activities. Quartier de I’Innovation was been backed by the governments of Canada, Québec and the City of Montréal.

A district dedicated to innovation in Montreal

ÉTS and McGill team up to establish the Quartier de l’innovation, an ecosystem for creativity in the heart of Montreal

MONTREAL, May 13, 2013 /CNW Telbec/ – The École de technologie supérieure (ÉTS) and McGill University officially launched today the Quartier de l’innovation de Montréal (QI), with representatives from the City of Montreal, the Quebec and federal governments, and many prominent individuals from the academic, artistic, cultural and business communities in attendance.

The QI is located just steps away from downtown Montreal, in an area that includes mainly Griffintown, Pointe-St-Charles, and St-Henri/Little Burgundy.

ÉTS and McGill have been developing this project since 2009. The QI is designed to be a real living laboratory, where organizations, researchers, citizens, companies and students will work together to enhance Montreal’s potential for creativity and innovation. The two universities will draw upon their resources, acting as catalysts with all the key players involved in promising and innovative projects.

A long-term commitment
The QI will build on McGill’s strong leadership in basic research and its international network, and on ÉTS’s successful track record in applied research, technology transfer and close relationships with the small- and medium-sized business community in Quebec. The two institutions have signed a formal partnership agreement that spans 25 years and covers many research and teaching projects.

“Innovation is essential to ensuring the economic, social and cultural prosperity of our society. The objective of the QI is nothing less than to make Montreal a hub for innovation,” said Yves Beauchamp, Director General of ÉTS, at the event. “ÉTS, located in the heart of the district, will be an active partner in setting up a real ecosystem for creativity, forming organic links among our students, our researchers, and their communities.”

“The QI will make Montreal an international leader in innovative cities, building on the experiences of other visionary cities such as Barcelona, Manchester and Boston,” said Prof. Heather Munroe-Blum, Principal and Vice-Chancellor of McGill University. “Montreal’s Quartier de l’innovation is truly one-of-a-kind as it embraces all aspects of innovation: from the social, cultural and urban dimensions to education, research and industry.”

Universities with deep community roots
In close collaboration with organizations working in the district, the QI will serve as a catalyst for transforming the community, deeply rooted in the urban fabric and the social and cultural life of the city. Projects in the QI will help create an environment respectful of the mixed-use character and mixed social and cultural heritage of the sector while at the same time fostering innovative practices.

The QI will give ÉTS and McGill the opportunity to broaden their commitment to the community around them. The founding institutions regard the project as a major lever for economic development and job creation in the sector.

Invaluable partners
Yves Beauchamp and Heather Munroe-Blum thanked the many partners who have endorsed or provided financial support for the QI, starting with the governments of Quebec, Canada, and the City of Montreal. The City has also made a generous donation to ÉTS – the Dow Planetarium, which will be turned into a Hub of Creativity, one of the many projects that will call the QI home.

The QI also relies on a group of 14 public figures from the Montreal community, who will serve as ambassadors for the project.