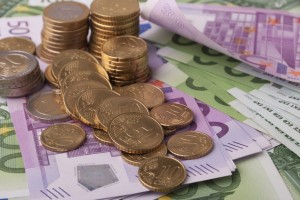 (Reuters) – European investors gathered in Berlin for the annual SuperReturn conference are reluctant to toast the return of big-ticket takeovers in 2013, even though U.S. peers have long since popped the champagne corks.

Buy-out houses, which buy and sell companies for profit, have agreed some $72.6 billion of deals so far in 2013, up 209 percent from the same period last year but a far cry from 2007 when $200 billion worth of deals were done in the first quarter.

So far this year, 86.8 percent of deals by value have been completed in the Americas, Thomson Reuters data show. Europe has accounted for 10.6 percent of global activity, with $7.7 billion worth of deals agreed.

When it comes to the size of private equity deals done in recent years, “Europe has never been able to keep up with the U.S. and will not in the future,” Joerg Rockenhaeuser, head of Permira Germany told Reuters on the sidelines of the conference.

The global financial crisis hit Europe hard, with Greece, Portugal and Ireland yet to fully recover, and Spain and Italy still dependent the European Central Bank’s pledge last July to rescue the euro.

Warren Buffett’s Berkshire Hathaway Inc is shelling out $12.12 billion in equity as part of its $23.2 billion takeover of ketchup maker H.J. Heinz Co.

Private equity firms are reviving plans for a potential 10 billion pound ($15.7 billion) buyout of the UK’s biggest mobile operator EE, in what would be the largest deal in Europe since KKR took UK pharmacy chain Alliance Boots private in 2007.

There is also talk of bidding interest of up to 4 billion euros ($5.3 billion) for French catering company Elior, banking sources said.

But these deals, if ever completed, are the exception rather than the norm. Concern about Europe’s political and financial situation has discouraged large-scale dealmaking.

“Clearly the size of the bank problem is much larger in Europe and there hasn’t been a central agency like the Fed. As much as the ECB has tried its best, it’s like herding cats,” Leon Black, Founder of Apollo Global Management told delegates.

“The politics is so much more difficult. So, overall the view from the U.S. is that Europe seems to be more of a mess.”

Funds have had few investment opportunities as a result of a depressed M&A market over the past few years.

Many buyout firms have taken advantage of buoyant debt markets to “amend and extend” – borrow through their portfolio companies and return money to their private equity fund investors through dividends.

“Funds are sitting on bank lines that are allowing them not to restructure,” he added.

“The very large PE transactions from the 2006/07 period have not done so well. Therefore, some investors are not inclined to give them more money for big deals,” Daniel Flaig from Capvis told Reuters.

Ultimately, the question of whether any deals get done in Europe could all come down to price.

“Prices are very high, even higher than they are in the U.S.,” said Black.

“If you look at the U.S. multiples for deals, they are about 9 times EBITDA (earnings before interest, tax, depreciation and amortisation), in Europe they average an even higher 9.5 times, and the average growth rate in Europe is negative.”