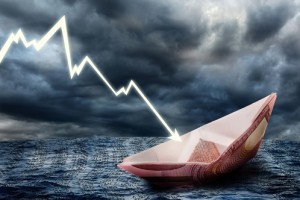 (Reuters) – Starved of finance from hard-pressed banks, private equity firms in Europe are sounding out yield-hungry pension funds, insurers and sovereign wealth funds as alternative sources of the finance they need to do deals.

If they are successful, they will open up a funding channel that could prove vital in keeping the private equity sector in business as the European bank sector struggles to escape from the clutches of the euro-zone crisis.

Big investors could be an alternative source of the large amounts of debt with which private equity finances acquisitions, via so-called leveraged buyouts (LBOs), and industry players say talks are already taking place between the two sides.

Institutions have long been backers of private equity funds, often investing equity alongside buyout firms into large deals, but have not in the past ploughed money directly into private equity company debt.

“We’ve had a number of discussions about the possibility of opening up the institutional market,” HgCapital partner Richard Donner told Reuters, while a senior debt adviser to private equity groups said he has had similar experiences.

“My view is that you will see new entrants come into fill the gap, and it is starting to happen,” said Paul Scott, CIO and head of sponsor coverage at GE Capital EMEA – the banking business of General Electric, itself trying move into the space left by banks.

Between them, Donner and Scott have had talks with life assurance providers, large U.S. and Canadian pension funds and sovereign wealth funds interested in potentially high-yielding private equity debt to supplement returns from underperforming treasuries and equities.

Private equity dealmaking collapsed in the wake of the financial crisis as bank lending dried up. That severely restricted both the size and volume of leveraged buyouts, as private equity houses put in the equity but need to find a large part of the deal value in the form of debt.

A handful of deals, such as the buyout of BSN Medical by EQT this week and the sale of fish-finger maker Iglo Group, just highlight lenders’ desire to focus on companies with which they are already familiar, bankers say.

“Banks continue to lend, but seem to have a preference for providing credit to companies they know well. New deals appear more difficult to finance regardless of size,” said Florus Plantenga, who leads European private equity coverage at advisory firm Houlihan Lokey.

The issuance of high-yield bonds, which allow institutions to invest in high-coupon private equity debt, has compensated for some of the dearth of leveraged lending by more than tripling to 76 billion euros since 2007.
But that market is volatile, reaches only the largest deals, and overall lending for buyouts is down more than 25 percent.

Low yields from treasuries, volatile performance from equities and no incentive to hold cash, are all prompting large institutions to consider better risk-weighted returns elsewhere.

“A lot of people are looking for yield and 2 to 3 percent from government gilts does not do much for them. Pension funds need to make their 6 to 7 percent a year and they are looking for things that are relatively low risk,” said David Currie, chief executive, private equity investments, at Standard Life.

Some have made inroads into corporate debt, with Aviva recently lending self-storage group Big Yellow 100 million pounds at an annual interest rate of 4.9 percent.

That appetite for better performance from their investments could take them to private equity-backed buyouts with debt pricing starting at about 5 percentage points above Euribor, some say.

Specialist debt investors and managers, such as Haymarket Financial, have sprung up, but some believe there are prospects of investors getting more directly involved.

“What you could easily see is institutions that need yield – life companies and pension funds – coming directly into the private placement market,” said Steven Davis, who heads the corporate finance practice for law firm SJ Berwin.

But despite the talk, no deals have yet come to fruition. And challenges remain, not least the lack of liquidity and the absence of widespread credit ratings that institutions need to help inform their investment decisions.

“I have talked directly to one or two of these big U.S. life offices and they are very interested until such time as you tell them it is illiquid and unrated,” Donner said.

That could lead some investors and providers of finance to consider pooled debt investment vehicles, that would have echoes of the collateralized loan obligation (CLO) funds that took so much of the buyout debt underwritten by banks in the boom time of the early to mid 2000s.

The disappearance of new CLOs in the credit crisis went hand in hand with the banks’ retreat in Europe, as concerns of widespread defaults led to tumbling prices, and fears over toxic debt tarred many collateralized debt vehicles.

But some large investors could establish their own debt investing arms, bringing the management of debt investing in house, or look to work with a partner who can source debt deals, GE Capital’s Scott said.

“From our perspective it would be great for there to be greater depth in the institutional market,” said HgCapital’s Donner. “If someone could crack it, I’d be delighted.”

(By Simon Meads; editing by Douwe Miedema and David Holmes)