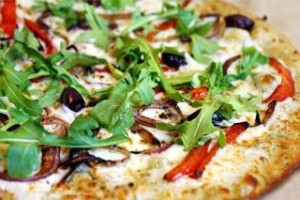 The Los Angeles-based private equity firm is led by Jared Stein and Oliver Nordlinger. Stein left Golden Gate, where he was a VP, in early 2014 to start Monogram, while Nordlinger, who was a Leonard Green VP, departed at roughly the same time.

Stein said Monogram is “extremely busy” and may need to add an associate in the next year. The firm has already completed two deals and plans to do two or three more.

“Then, potentially, we’ll go out and raise a traditional fund,” Stein said. However, there is no pressure on the firm to raise immediate capital, he said.

Monogram is what Stein calls a “pledge fund.” It raises capital on a deal-by-deal basis from five family offices that it has an ongoing relationship with. Stein and Nordlinger are paid an undisclosed management fee and performance-based carry by the family offices. Stein and his partner also invest their own capital in each deal.

The lower middle-market private equity firm focuses sectors such as apparel and accessories, beauty and personal care, companion animal and consumer healthcare. It will invest anywhere from $5 million to $30 million equity per deal, Stein said.

The firm plans to prove its strategy of investing in consumer retail and finding brands that have a strong customer base. It has already done two deals. On Jan. 20, Monogram and Michael Marks, a Riverwood Capital founding partner, took part in a $15 million Series C round for Dig Inn of New York. Existing investors, including Wexford Capital and Law360 co-founder Magnus Hoglund, also participated, a Dig Inn spokeswoman said.

Monogram has a minority stake in Dig Inn, Stein said. The restaurant chain offers “farm to counter” fresh food, such as grilled steak salads and a “Cluk ‘n’ Kale” sandwich, at prices of $10 to $11 a plate, Stein said.

Monogram is also a backer of Pizza Studio of Calabasas, Calif. The fast-casual restaurant is known for offering thin-crust pizza with unlimited toppings that are competitively priced. An 11-inch pizza starts at $6.99 to $7.99, according to the Pizza Studio website.

The California startup is succeeding in the saturated pizza market, Business Insider said. Pizza Studio has 25 locations, up from three when Monogram invested in the company in February 2014. Revenue for the company jumped to $11.5 million in 2014 from $2.5 million the year before, Forbes reported.

Finding deals was probably easier for Stein and Nordliner than picking a name for their new firm. They went through the names of Greek Gods as well as flowers and “nothing was inspiring,” Stein said. After they played around with their initials, “It sort of clicked that if you put our initials together that it’s your monogram and that is the stamp of a brand,” he said.