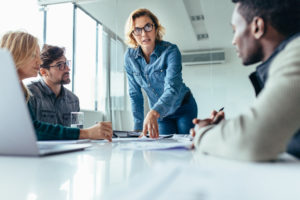 How’s your week proceeding? Anything spicy happening in your world?

Newbie: We’ve tracked the growth of new firm Patient Square Capital from Day 1 as it has embarked on raising what could be the largest-ever first-time fund.

Now we have news about the firm’s debut deal. Patient Square led a $145 million financing in Apollo Therapeutics, which has a pipeline of more than 15 therapeutic programs currently in development across oncology, inflammatory disorders and rare disease, writes Sarah Pringle on PE Hub.

Patient Square “would love to put in hundreds of millions of dollars over time … if you look at every one of these deals I’ve done, we’ve always put money in more than once. The better things go, the more money you need,” said Jim Momtazee, managing partner of Patient Square. Simply put, the further down the drug development process you get, the more capital a program requires. Read the story here on PE Hub.

First-timer: Patient Square is one of several first-timers or emerging managers raising capital in the market this year. Other new managers include Paceline Equity Partners, which closed its debut fund this month on $350 million; Butterfly Equity, targeting $750 million for its second fund (which it is calling Fund III); GrowthCurve Capital, targeting north of $1 billion for its debut fund; and Diversis Capital, which is expected to hit the market with its second fund that could target $500 million.

“It’s the same dynamics that have been in place for a number of years: talented and capable younger partners leaving and splitting away from established institutions to start their own thing. In many cases, those new funds and groups are really institutionalized out of the gate,” a fund-of-funds LP recently told me. Check out our extensive database of first-timers and emerging managers here.

The company was able to expand last year during the pandemic, during which CEO Brandon Edwards developed the employee retention credit. The tax credit, enacted as part of the CARES Act, provided businesses with federal tax refunds to encourage employers to maintain and expand their workforce.

That’s it! Have a great rest of your day. As always, hit me up with tips n’ gossip, feedback or book recommendations (I’ve been on an Agatha Christie kick lately) at cwitkowsky@buyoutsinsider.com or find me on LinkedIn.

HOUSEKEEPING: Calling all next-gen firms and their investors! We need your participation in our fifth-annual survey of emerging managers and survey of emerging manager investors. As thanks, we’ll make sure you get a complimentary copy of the “Emerging Manager Report 2021,” based on these surveys (once it’s published this fall). All responses are kept confidential. The survey deadline is July 2.