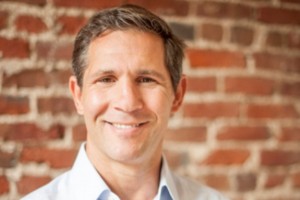 True Wind Capital, a tech-focused firm launched by two former Kohlberg Kravis Roberts executives, has raised more than $200 million of the $400 million it seeks for its debut fund, according to two limited partners with knowledge of the firm.

The firm filed a Form D for True Wind Capital in July but didn’t list a target. It’s not clear when the firm expects to hold a final close.

True Wind was formed by Adam Clammer and Jamie Greene, the co-founders of KKR’s global technology group. Clammer joined KKR in 1995, Greene in 1986.

Formed earlier this year, the firm plans to invest in mid-market technology companies with a focus on software, IT services, semiconductors, industrial technology and the Internet.

The general partner is kicking in an almost 10 percent commitment to the debut fund, which will charge investors a 2 percent management fee and a 20 percent carried interest rate.

As it strives to hit its target the firm has the challenge of convincing LPs to invest in a first-time fund, though one of the LPs said True Wind feels “safer” than the typical first-time fund.

“These two guys have a long history of working together and they clearly have a similar approach in how they think about the business,” the LP said. “You take some risk off by having two core guys very much coming from the same institution and having worked for the better part of 18 years together.”

The LP is still studying the opportunity. Part of the hesitation stems from tech investing having become a “crowded space,” the LP said.

“That’s one of the challenges [for LPs]. How are these guys going to [separate themselves]?” the LP said.

LPs also have to weigh how much of the track record touted by True Wind resulted from individual achievement vs the founders having the KKR brand behind them, the LP said. “Sometimes it’s hard to tease out how much did the franchise have to do with the returns,” the LP said.