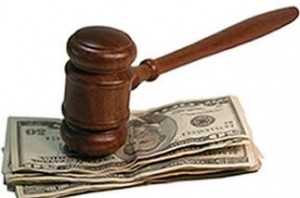 We often hear about PE firms that make bad deals. Rarely do we hear from execs who complain about selling to private equity firms.

Then, there is Marc Potash, the former CEO and founder of SecureNet, a payment processor. Potash claims he was duped into selling 52% of SecureNet to Sterling Partners in 2010, and filed a $375 million lawsuit against the PE firm. The Baltimore-based PE firm agreed to pay $56 million to Potash for the stake, plus two installments of $15 million and one of $10 million, if the company hit certain EBITDA targets, according to legal documents.

“I was completely misled from start to finish,” Potash told peHUB. “It was really like a modern day heist.”

“Sterling concealed its intent not to pay Potash any monies beyond the initial payment, to immediately remove him as CEO and to terminate him in order to avoid payment of the installments,” the complaint says.

Potash’s suit alleges Sterling promised that SecureNet would have access to its “BVA Program” once the deal closed. The program, a series of firm-wide best practices and processes developed by the PE firm over 25 years, was shared with all of Sterling portfolio companies, the documents say. The methodology helps “talented and successful entrepreneurs” and is a “key element” of Sterling’s success, according to the complaint. But Sterling, once it acquired SecureNet, never made the program available to Potash, the documents say.

Sterling also hired numerous individuals to boost SecureNet’s infrastructure. Because of this Potash claims the company couldn’t achieve the EBTIDA milestones, according to court documents. In November 2011, Sterling fired Potash “for cause,” according to court documents (Potash allegedly lied to two SecureNet customers, used company funds to pay for his wife’s car expense and used company funds to pay for his own attorney fees after being told not to, the document says).

Potash, according to the documents, claims Sterling’s allegations are without factual basis and a way for the PE firm to avoid paying him any of the installment payments required under the Unit Purchase Agreement.

The lawsuit, filed March 14 in Baltimore City Circuit Court, includes counts of fraud, breach of contract, negligence as well as tortious interference. Potash is seeking a total of $375 million, which includes $82 million in actual damages, according to Andrew Hall, of Hall, Lamb and Hall, which is representing the ex-CEO.