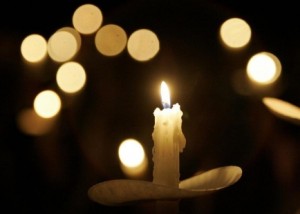 Hope you had a good week, Hubsters. I’m starting to hear about all kinds of things going on, whether involving fundraising, secondaries or The Drama. Seems we’re back to normal after the break.

Some sad news to start your day. David Kessenich, co-founder of Excellere Capital Partners, died on Jan. 22 after a battle with cancer. Kessenich was 52.
Kessenich also was a senior executive at KRG Capital Partners, before forming Excellere in 2006 alongside fellow KRG executive Robert Martin. He had an interesting background: Kessenich grew up on a third generation farm in Iowa. He was the first person in his family to get a college education, graduating with honors from Creighton University and an MBA from the University of Chicago.

On a personal level, Kessenich always was a person available and willing to chat with a reporter looking for clarity around interesting issues. He was one of the friendlier GPs I’ve come across. He is survived by his wife, three kids and a large extended family.

I’m not clear on Excellere’s next move. Sounds like the firm hasn’t yet named someone into the top role at the firm. Nor do I know if a key-person provision has been tripped. The firm has five other partners, and one source told me, “knowing how well they have been managed, I’m sure they have a plan in place.”

For Excellere, Kessenich is the second senior leader lost too early to cancer. In 2017, co-founder Robert Martin died, also after a battle with cancer.

No hurdle: Preferred returns are something we’ve been watching closely as a handful of the strongest firms have not included such hurdles in their funds. Some that formerly had them dropped them, as Advent International did in 2015.

TA Associates is one such group, having not included a preferred return on its thirteenth fund, which closed in May 2019 on $8.5 billion. TA also didn’t include a pref on its 12th fund, writes Justin Mitchell over on Buyouts. Read the story here.

LPs have told me this is one shining example of the strong private equity market, where money is flowing in without any signs of slowing. GPs have held the power in fund term negotiations for a while now, and sometimes dropping a hurdle is something potential investors have to accept if they want a place in a highly desired fund.

LPs see preferred returns as an insurance policy against having the GP collecting profits before generating a decent rate of return for backers. Generally preferred returns are set at 8 percent, which some GPs have argued is too high in today’s low interest rate environment.

This was a huge deal I keep meaning to point out this week. TPG is in talks with its credit arm, TPG Sixth Street Partners, to split the group off, WSJ reported. TPG Sixth Street Partners was co-founded in 2009 by Goldman Sachs executive Alan Waxman. The credit unit, which has about $33 billion in assets under management, sold a minority stake to Dyal Capital in 2017. Check it out.

TPG Sixth Street, once it’s out on its own, is going to be a huge fundraiser in the private credit world. I mean, it already is now, but as an independent firm it’ll be a force to contend with out there in the wilds.

Book: A quick book update! I finished off a big chunk of the introductory scene, which involves a shady meeting between a young reporter and a source. I’m going to start working on the final quarter of the story, at which point I’ll have a nice, ugly, raw, horribly written first draft. And then … who knows.

Have a great weekend! Reach me with good tips n’ feedback at cwitkowsky@buyoutsinsider.com, on Twitter or find me on LinkedIn.