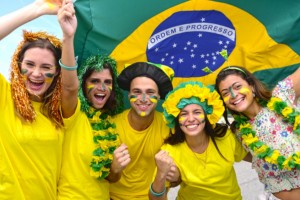 Patria Investimentos, backed by The Blackstone Group, has closed its fifth private equity fund on $1.8 billion, beating its original $1.5 billion target, according to a person with knowledge of the fundraising.

Patria Brazilian Private Equity Fund V officially hit the market in the first quarter and closed in the last few weeks, the person said. The firm has not yet started investing the fund, the person said.

Blackstone did not return a call for comment. Park Hill Group worked as placement agent on the fundraising.

Patria, which is led by four managing partners, closed its fourth Brazil fund on $1.25 billion in 2011 after less than a year in the market. Fund IV was generating a 0.74x multiple as of March 31, 2013, according to performance data from the New York State Common Retirement Fund.

Fund III, which closed on about $630 million in 2008, was producing a 19.2 percent internal rate of return and a 1.6x investment multiple as of Sept. 30, 2013, according to the California Public Employees’ Retirement System.

The Blackstone Group took a 40 percent stake in Patria in 2010, the firm said on its website.

Cate Ambrose, LAVCA’s president, told Reuters earlier this year fundraising would gain momentum in 2014. Slower growth and eroding confidence, along with a weaker currency, have helped to depress asset values and increased the attractiveness of buyout targets, she said.

“Some of the major Brazilian players are back in the market and we would expect to see an increase in fundraising numbers compared to 2013,” Caitlin Mitchell, a spokeswoman for LAVCA, said in an email reply to questions Monday.

Advent International was slated to come back to market this year with its Advent Latin America Private Equity Fund VI targeting $2 billion. It’s not clear if that fund has officially hit the market, but sources expected it to launch marketing in May.

Correction: A prior version of this story said Patria had closed Fund V on $1.75 billion. After the story was published, Patria confirmed it had closed on a total of about $1.8 billion – $1.75 billion in outside capital and about $57.5 million in a GP commitment. The story has been changed to reflect the total amount.