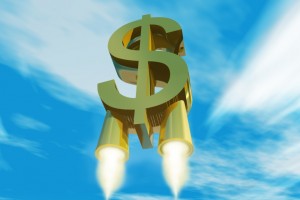 Calgary-based Camcor Partners has closed Camcor Energy Fund VII at its hard cap of $350 million after a six-month fund-raising effort that drew the buyout firm’s biggest contribution yet from limited partners outside of the Great White North, principals of the firm told Thomson Reuters’ Buyouts.

With the money raised for Fund VII, Camcor Partners total assets under management hit the $1 billion mark for the first time in its 16-year-history.

Cameron McVeigh, founder, president and investment committee member of Camcor, said the firm’s consistent returns, expertise in the Western Canadian Sedimentary Basin, and its positioning as an early-stage oil and gas exploration and production specialist sped up its fund-raising efforts. Buyout funds typically take 12 months to 24 months or more to hit their caps.

“We were able to attract a significant number of well-respected limited partners,” said McVeigh. “Our first funds have largely been from high net worth Calgarians and friends of the principals of Camcor. We added 10 new investors that were institutions — a combination of endowments, pension plans, insurance firms and some funds of funds.”

Camcor focuses on portfolio companies with high-quality technical teams that accumulate land positions and map out resources in the oil and natural gas-rich Western Canadian Sedimentary Basin, which covers portions of the provinces of Alberta, Saskatchewan and British Columbia.

“In funds one to six, we’ve never had a down fund,” McVeigh said. “Some energy funds fell when natural gas prices reversed [between 2008-2012]. Our fund returns have been very consistent and we attribute that to our disciplined investment process.”

While valuations of target firms have climbed in so-called unconventional energy fields that require hydraulic fracturing and other modern extraction techniques, Camcor also focuses on the more overlooked conventional oil and gas plays, McVeigh said. “There are play types that are being ignored and that provides another opportunity,” he said.

Camcor’s fund close comes after Calgary-based ARC Financial Corp. wrapped up ARC Energy Fund 7 in 2012 with $1 billion raised. ARC Financial is currently investing the fund, which has a projected term end in 2024. The firm’s sixth fund raised $830 million in 2008 and is fully invested.