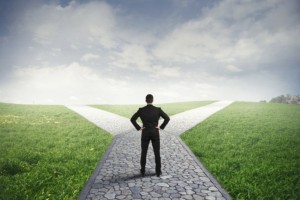 Carlyle Group LP (CG.O) is considering buying a traditional money manager to broaden its own investment platform, as the private equity firm tries to attract more retail investors and achieve the higher stock market valuation commanded by such managers, according to sources familiar with the situation.

In a sign of this interest, Carlyle recently considered buying Northwestern Mutual Life Insurance’s Russell Investments fund managing unit using its own rather than investors’ money, the sources said.

But Washington, D.C.-based Carlyle eventually decided to pursue the business through its private equity division, where it buys and sells companies using money primarily from institutional investors, they said. The auction for Russell Investments is ongoing.

In 2012, Carlyle had considered adding bond fund manager TCW Group Inc to its investment capabilities, but it also ended up buying that business through its buyout funds, the sources added.

Despite those decisions, Carlyle is still in the market for an asset management deal of its own, a reflection of its growing impatience with the lower valuations for alternative asset managers in public markets compared to traditional asset managers.

Its shares are currently trading at 10.3 times 12-month projected earnings, a steep discount to the 14 to 18 times multiples that traditional asset managers boast, according to Thomson Reuters data.

It is not alone in being frustrated with a lower valuation.

The discount exists despite alternative asset managers generating more earnings per dollar of assets managed than their traditional peers.

One reason for the gap is the reliance of alternative asset managers on performance fees – whose value and timing can be hard to forecast – for a big chunk of their profits, as opposed to the more predictable management fees that make up the bulk of traditional asset managers’ income.

Nevertheless, it is a vexing conundrum that frustrates even the billionaire founders of these firms. Blackstone’s Stephen Schwarzman, who was among the first private equity founders to take his firm public, often laments the gap on analyst calls and during public appearances.

“Frankly, it is a mystery to me,” Schwarzman said of the valuation gap on Blackstone’s latest quarterly earnings call in January.

So far, deliberations by Carlyle and others over acquiring traditional asset management platforms have been influenced by the challenges of integrating them and the risk of overpaying, according to people familiar with these firms.

They have instead focused on educating stock market investors on their earnings model and arguing why they believe the valuation gap should close.

Several sources pointed to the experience of Fortress Investment Group (FIG.N), which is the only major U.S. alternative asset manager to have bought a traditional asset manager so far.

Logan Circle has more than doubled its assets under management since 2010. It accounted for $25.4 billion of Fortress’ $61.8 billion in assets as of the end of December, and 15 out of 16 of its strategies are outperforming their benchmarks since inception.

“From an earnings perspective it does not look like it contributed much, but they didn’t pay much for it,” said Keefe, Bruyette & Woods Inc asset management analyst Robert Lee said.

One person familiar with the Logan Circle deal said it has taken longer than expected to amass enough assets for it to break even. In part, that was because investment consultants were concerned in the initial months about the implications of the change of control and were more wary about recommending their clients invest money with Logan Circle, the source added.

Private equity firms and other alternative asset managers are also pursuing partnerships with traditional asset managers that allow them to tap their retail investor distribution network. Blackstone, for example, partnered with Fidelity Investments last year on a mutual fund that invests in hedge funds.

Private equity firms have also undertaken several initiatives of their own to capture more of the high net-worth segment of retail investors, including working with feeder funds that pool money from family offices, and launching private so-called business development companies and other closed-end funds.

Some analysts have also suggested that they could hire individuals or teams from traditional asset managers to expand their management fee-focused businesses, such as their fund-of-hedge-fund units or parts of their credit investment platforms.

But for some, buying a traditional asset manager remains on the cards.