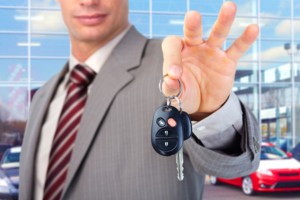 Gannett Co Inc (GCI.N), one of the newspaper owners of Cars.com, is exploring a bid for all of the auto sales website and has discussed teaming up with private equity firms in a deal that could reach $3 billion, people familiar with the matter said.

Gannett, the parent company of USA Today, is one of the five newspaper publishers that back Classified Ventures, the entity that owns Cars.com. Cars.com helps people buy and sell cars on the Internet.

Gannett wants to be part of any future deal involving Cars.com, either by leading a buyout or rolling over its existing equity stake to support a deal, one of the people said. Gannett has a 27 percent stake in Classified Ventures.

While Gannett’s deliberations and discussions with private equity firms are at an early stage, its interest in a deal underscores the company’s efforts to diversify beyond print toward television and digital platforms.

The sources cautioned that a Gannett bid for Cars.com may not materialize and asked not to be named because the talks are private. Gannett declined to comment and representatives of Classified Ventures and Cars.com did not immediately respond to requests for comment.

Cars.com, which was launched in 1998, lets users check prices, compare models and read reviews of auto dealers. Classified Ventures has yet to start soliciting bids for Cars.com, according to the people familiar with the matter.

Gannett is the largest U.S. newspaper chain but has been diversifying its revenue over the past 12 months. It acquired Belo Corp last year for $1.5 billion, nearly doubling its broadcast TV holdings to more than 40 stations.

Local TV stations are more profitable than newspapers, which have been plagued in recent years by declines in advertising revenue and readership.

Gannett may be interested in Cars.com because it would fit nicely with its local TV stations, which depend on automobile advertising from local dealers, according to Ken Doctor, a research analyst with Outsell Inc. Such an income stream can represent close to 35 percent of a TV station’s revenue, Doctor said.

“Gannett has rebalanced its assets so that newspapers are a relatively small part of its profit making,” said Doctor.

Gannett, which publishes 82 newspapers in the United States, also owns a stake in digital recruitment site CareerBuilder. Gannett shares were trading at around $27 in New York on Wednesday, giving the company a market value of around $6.1 billion.