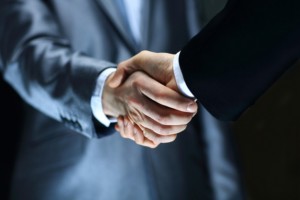 The price of the deal is not known and it’s not clear if Hamilton Lane would only buy the management company or take over Paul Capital’s funds as well. The acquisition of private equity funds by a new manager would likely require approval from limited partners in those funds, according to one source in the market.

Boston-based Colchester Partners is advising on the sale, according to one of the sources, though Colchester declined to comment.

Hamilton Lane has been a secondary investor since 2000. The firm announced the final close of its third secondary fund on its hard cap of $900 million in September.

Paul Capital went up for sale earlier this year as fundraising for its tenth fund sputtered out. The firm had raised $145 million on its $2 billion target after at least a year in the market. The New Hampshire Retirement System committed $50 million earlier this year.

An exodus of executives followed, including partner Bryon Sheets, who stepped back from daily operations, taking on a senior advisor title.
Richard Chow, a principal, left to join the Abu Dhabi Investment Authority, and business development manager Anne Pearce also departed. Joshua Glaser, who had headed up investor relations since 2006, left over the summer.

The firm also had a drug royalties platform known as Paul Capital Healthcare. Four senior executives from that team left to join hedge fund Visium Asset Management earlier this year, where they were understood to be managing out existing Paul Capital Healthcare assets, as well as helping Visium explore new pharmaceutical royalty opportunities.

Paul Capital was formed in 1991 and was one of the early players in the private equity secondaries market, where firms raise money to buy stakes in funds from other investors, or directly buy companies out of private equity firms’ portfolios.

The firm has had offices in Hong Kong, London, New York, Paris, San Francisco and Sao Paulo, though it’s not clear if any of those offices have closed.
The private equity secondary market has experienced some consolidation recently. Greenpark Capital, a U.K.-based secondary firm, was acquired by StepStone Group, while Credit Suisse’s secondary team called Strategic Partners was acquired by The Blackstone Group.