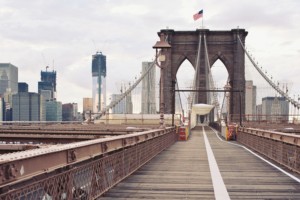 Caldas had worked on private equity at the city comptroller’s office since 2007, most recently as director of private equity. While a senior official on the team, she was not head of the private equity operation.

A spokesperson with the comptroller’s office confirmed Caldas’ departure but did not have guidance on whether her role would be taken up by someone else. City Comptroller Scott Stringer, who started in his role this month after being elected in November, has been working on filling vacancies in the department. One of those roles he is working to fill is head of the private equity program, which was most recently Barry Miller, who left last year to join secondaries firm Landmark Partners.

Caldas, meanwhile, has started as an investment officer at the UN pension working on private equity, according to three sources. The private equity program is in its early days, headed by former Siguler Guff executive Tereza Trivell who joined in 2010.

It’s not clear if the team is bigger than Trivell and Caldas. A woman who answered the phone at the pension fund declined to comment and said the pension fund generally doesn’t talk to the media.

The fund, which as of January had a market value of $45.5 billion, carved out a 6 percent allocation to alternative investments in 2010, after being authorized by the UN Secretary General in 2009 to invest in private equity and hedge funds. The fund’s actual allocation to alternatives as of January was 1.4 percent, according to the fund’s preliminary weekly fund valuation available on the UN website.

In 2012, the fund hired TorreyCove Capital Partners as its private equity advisor for one year. TorreyCove’s contract was renewed three times last year, according to procurement documents available on the UN’s website, but it’s not clear if the firm continues to work as private equity advisor to the pension fund. However, within the last few months, StepStone Group added the UN pension to its roster of clients, according to a source close to the firm.