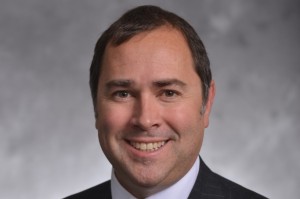 Oregon State Treasury’s long-time private equity guru, Jay Fewel, announced his intention to retire back in early December, and the industry has been anticipating who would rise to the helm of the state’s large and very mature program.

This week, Oregon’s state Treasury gave the answer, and it’s not as simple as replacing one person with another.

Investment staff was informed last week of an organizational restructuring that effective Feb. 1 will place John Hershey, senior investment officer in charge of the alternatives portfolio, into the newly created role of director of alternative investments. In this position, Hershey will be responsible for leading Oregon’s alternative, opportunistic, real estate and private equity strategies, according to an internal memo sent to staff on Friday and seen by peHUB. Oregon’s state Treasurer’s office confirmed the memo.

Hershey is not directly replacing Fewel, though he is assuming control of the private equity portfolio – along with other alternative strategies. He joined Oregon in 2008, prior to which he spent more than a year as a managing director at Hercules Technology Growth Capital, according to his LinkedIn profile.

Oregon Treasury believes the changes will lead to a more coordinated approach to investment staff’s activities in private and public equities, according to the memo.

“Given the consistent success we have long enjoyed with our allocations to private equity, real estate and public equity, John and Perrin are inheriting a particularly effective group of investment professionals and practices,” John Skjervem, chief investment officer in the Treasurer’s office, said in the memo. “I am confident that better collaboration in and among our private and public market efforts can improve our overall results and extend Oregon’s distinguished tradition of investment excellence.”

The Oregon Investment Council is expected to talk about the reorganization at its meeting later today.

Oregon’s Public Employees Retirement Fund had $32.6 billion in committed capital, as of Sept. 30, 2013, with $29.7 billion contributed and $30.1 billion distributed. Its total value multiple stood at an overall 1.59x and its internal rate of return was 15.8 percent, according to information available on Oregon’s website.