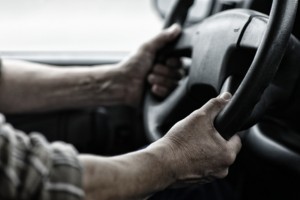 Saybrook Capital’s investment in Total Transportation Services Inc, a transportation and logistics company, has drawn the ire of organized labor and three of the private equity firm’s limited partners have taken notice.

On Oct. 21, the Los Angeles City Employees’ Retirement System’s governance committee instructed investment staff to compose a letter to Saybrook, encouraging the firm to “behave legally” in its resolution of an ongoing labor dispute. The Los Angeles Fire and Police Pensions and The California Public Employees’ Retirement System also plan to engage with Saybrook regarding TTSI’s classification of truck drivers as independent contractors, rather than full time employees.

“Our staff, as well as our fund-of-funds advisor that manages the Saybrook strategy, are engaging on this issue,” CalPERS spokesman Joe DeAnda told Buyouts.

Saybrook Capital used its debut fund to recapitalize the Rancho Dominguez, Calif.-based company in 2011. Saybrook executive Jonathan Rosenthal chairs the company’s board of directors, according to his LinkedIn profile. It is not clear if executives at the firm take an active role in the day-to-day management of TTSI.

Many former TTSI truck drivers argue they have an employee-employer relationship with the company, which would entitle them to benefits. Their classification as independent contractors allowed TTSI to take improper deductions from their compensation, they argue.

Several drivers filed claims with the California Department of Industrial Relations’ Division of Labor Standards Enforcement. Since February 2013, the DLSE has ruled against TTSI in 17 cases, awarding more than $1.2 million in the form of unpaid wages, reimbursements for expenses paid by workers, and interest, spokeswoman Jules Bernstein told Buyouts. As of early October, TTSI still faced about 40 active wage and hour claims at the state level, though some of those may be dismissed.

Executives at Saybrook and TTSI did not respond to requests for comment.

This story first appeared in affiliate magazine Buyouts, which is published by Buyouts Insider. Subscribers can read the full story here. Go here to subscribe to Buyouts.