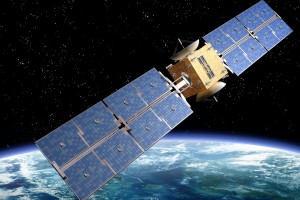 The move marks a key step in a complex auction process for Loral, in which financial investors who covet control of Telesat need to bring another Telesat shareholder, Canada’s Public Sector Pension Investment Board (PSP), onboard.

The three parties chosen by Loral – Apax, the Canada Pension Plan Investment Board (CPPIB) and the Ontario Teachers Pension Plan – are now expected to negotiate with PSP about a deal, although the exact next steps are not yet clear.

At stake is a leveraged buyout that could reach $6 billion to $7 billion, making it the second largest so far this year following Cerberus Capital Management LP’s $9.4 billion merger of its Albertsons supermarket chain with Safeway Inc (SWY.N: Quote, Profile, Research, Stock Buzz), which was announced earlier this month.

The people asked not to be identified because the talks are private. Loral, Apax and CPPIB declined to comment, while representatives of Telesat, PSP and Ontario Teachers did not respond to requests for comment.

Loral and PSP jointly explored the sale of Telesat to other companies in the sector and private equity firms three years ago, seeking as much $7 billion, but could not agree on a price. The experience soured the relationship between Loral and PSP, whose co-ordination would be needed for a joint sale of Telesat.

This time, Loral is looking to sell itself, rather than only its stake in Telesat, partly to avoid a big tax bill, according to sources. If Loral were to sell its Telesat stake, both the company and its shareholders would be subject to taxes on the proceeds.

Representatives for those parties either declined to comment or did not immediately respond to requests for comment.

Apax may have an edge in the auction due to its strong links to PSP. PSP is a major Apax fund investor and has joined a few of its private equity deals as a co-investor. One of PSP’s vice presidents, Jim Pittman, is chairman of the independent board of advisers of some of the Apax funds.

Apax is also no stranger to the satellite services sector, leading a private equity consortium that took Intelsat private in 2005 and selling it to buyouts firms BC Partners Ltd and Silver Lake in 2008.