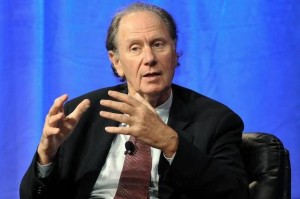 Goldman Sachs Group Inc (GS.N) and JPMorgan Chase & Co (JPM.N) will lead the offering, which might not happen until next year, the people said on condition of anonymity because the discussions are private.

Representatives for TPG, Aptalis, Goldman Sachs and JPMorgan did not immediately respond to requests for comment.

Bridgewater, N.J.-based Aptalis makes drugs to treat gastroenterology and cystic fibrosis. It had revenues of about $530 million for the nine months ending June 30, according to Moody’s Investors Service Inc.

Buyout firm TPG bought the drugmaker, formerly known as Axcan Pharma, for $1.3 billion in 2008 and merged it with Eurand Pharmaceuticals in 2011. The combined company was renamed Aptalis.

A sale failed to materialize not just because of TPG’s price expectations of between $3 billion and $4 billion, which buyers found expensive, but also because of the changed circumstances for some prospective buyers, the people said at that time.

Elan agreed in July to sell itself to U.S. drugmaker Perrigo Co (PRGO.N) for $8.6 billion, while Forest announced in May that its long-time chief executive would retire at the end of the year.

Last month, Aptalis arranged a loan with banks to refinance debt and pay a dividend to TPG. Following push back from the lenders, the loan was downsized to $1.25 billion from $1.4 billion, making the dividend $400 million instead of $550 million as originally planned, according to Thomson Reuters Loan Pricing Corp.

It is still possible that a sale of Aptalis occurs, even as the company heads towards a stock market flotation.

Neiman Marcus, another TPG portfolio company, registered for an IPO before it agreed to be sold to a private equity consortium for $6 billion last month.

TPG was an investor in upscale retailer Neiman Marcus along with fellow buyout firm Warburg Pincus LLC, which also sold another one of its portfolio companies this year after filing plans to take it public. That company, Bausch & Lomb Holdings Inc was taken over in August by Valeant Pharmaceuticals International (VRX.TO) for $8.7 billion.