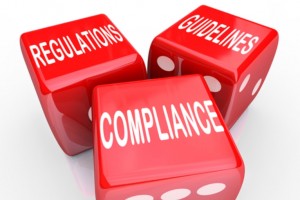 The U.S. Securities and Exchange Commission (SEC) has put together a dedicated group to examine private equity and hedge funds, after the 2010 Dodd-Frank law required the funds to be regulated, according to people familiar with the matter.

The examiners will look at areas including how private equity and hedge funds value their assets, disclose their fees, and communicate with investors.

The SEC regularly examines a wide range of financial institutions including brokerages and clearing houses to ensure compliance with federal securities laws. But the regulator’s exams have been criticized for missing big violations such as the Ponzi scheme at Bernard Madoff’s asset management arm.

The agency has responded by adding more specialist examiners, covering areas ranging from financial markets to derivatives, and coordinating among examiners nationally.

The SEC already has examiners who specialize in funds, but historically the agency has focused on public asset managers such as mutual funds that have been highly regulated since 1940.

Dodd-Frank required most midsize and large private equity and hedge funds to register with the SEC. Many hedge funds and private equity firms hold complex and illiquid investments that are harder to value than those at traditional asset managers. This has spurred the need for specialist SEC examiners.

Also, these funds can have complex fee structures that are harder for investors to understand. Ensuring transparency in these funds is a top SEC priority.

The SEC has asked Congress for more resources for fund inspections. SEC Chair Mary Jo White told a U.S. House of Representatives appropriations panel last week that the regulator examined only about 9 percent of registered investment fund advisers in the last fiscal year.

In its fiscal 2015 budget request, the SEC is seeking to add 316 staff to its examination program in the Office of Compliance Inspections and Examinations, where the new unit is based. It currently has about 450 examiners, accountants, and lawyers in 12 offices focusing on investment advisers and companies.

“There is an immediate and pressing need for significant additional resources to permit the SEC to increase its examination coverage of registered investment advisers so as to better protect investors and our markets,” White said in prepared testimony to the committee on April 1.

The SEC’s new private fund unit is co-chaired by Igor Rozenblit and Marc Wyatt, the sources said. Rozenblit joined the asset management unit of the SEC’s enforcement division in 2010 and is a former private equity professional. Wyatt is a hedge fund veteran who joined the SEC in 2012 as a private funds examiner.

Initially, the private fund unit will comprise existing staff in four of the SEC’s regional offices that will work part-time with Rozenblit and Wyatt on fund examinations, one of the sources said.

If successful, the SEC plans to expand the unit over the course of the next six to 12 months to more regional offices, that source added.

“I’m optimistic that the new unit will benefit the private funds industry by bringing together the knowledge and experience that now resides in different places in the organization,” said Marc Elovitz, who chairs law firm Schulte Roth & Zabel LLP’s investment management regulatory and compliance group.

The SEC has a separate team that investigates asset managers in its enforcement division. That group was formed in 2010.

(Reporting by Greg Roumeliotis in New York and Sarah Lynch in Washington, D.C.; Editing by Dan Wilchins and David Gregorio)