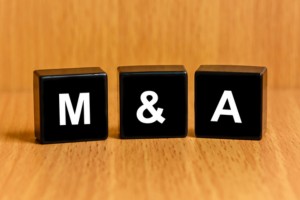 Platinum Equity has hired Royal Bank of Canada to help identify the best option for Exterion, the people said this week. Acquiring the European assets of Clear Channel Outdoor Holdings Inc, alone or with a partner, is one possibility, the people added.

The sources asked not to be identified because the deliberations are confidential. A Platinum Equity spokesman declined to comment, while representatives from Royal Bank of Canada and Exterion could not be immediately reached for comment.

Dealmaking in the outdoor advertising industry is on the rise because billboards are proving to be popular with local audiences even as other longtime regional advertising mainstays like newspapers and TV struggle to attract eyeballs.[ID: nL6N0U72XY]

The industry is dominated by large publicly traded companies as well as independently-run regional companies that are often owned by private equity funds.

Clear Channel Outdoor Holdings Inc is selling its European assets, which could be valued at more than $2.5 billion, Reuters has previously reported. Private equity firms and outdoor rival JC Decaux SA are interested in buying it.

If Platinum does not buy Clear Channel Outdoor’s European assets, it could look at other smaller acquisitions, a dividend recapitalization – in which a company borrows money to pay a dividend to stockholders – or other financing, the people said.

It could also explore selling itself, though this is not the main focus of the process, the people said.

Platinum Equity acquired Exterion Media in September 2013 for $225 million from CBS Outdoor. It has billboards in London’s underground and buses and in U.K. train stations. It also serves advertisers in Ireland, France, Italy, the Netherlands, Spain and China, according to its website.

It generates roughly $60 million to $70 million earnings before interest, taxes, depreciation and amortization and could now be valued at 10 times that amount, according to the sources.

(Reporting by Liana B. Baker in New York; Editing by Christian Plumb)