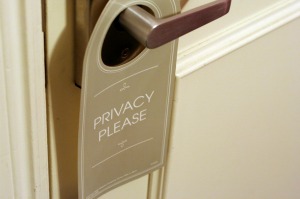 (Reuters) – U.S. social media network Facebook has promised to release more information about the data it collects from millions of users, an Austrian group lobbying for respect of privacy laws said on Tuesday.

Facebook had agreed in December to overhaul privacy protection for more than half a billion users outside North America after a three-month Irish investigation found that its privacy policies were overly complex and lacked transparency.

At a six-hour meeting in Vienna on Monday with the europe-v-facebook.org group, Facebook officials pledged more openness, a spokesman for the activists told reporters.

“We have a fixed commitment that we will finally know what Facebook stores in the background, that means a list of all categories of data that are clicked on by users,” Max Schrems said.

The group led by Schrems, a law student in Vienna, has filed 22 complaints against Facebook that centre on allegations the network gathers personal data that users had not authorized or thought they had deleted.

A Facebook spokeswoman declined to comment on Schrem’s specific points, but released a statement citing “a very constructive meeting” with him and a colleague.

“Facebook is committed to resolving the complaints it has received through the Office of the Irish Data Protection Commissioner and this meeting is a helpful part of that process,” it said.

It had already started an “extensive program of privacy improvements,” it added.

Facebook unveiled plans last week for the biggest-ever Internet IPO, expected to value the company at up to $100 billion.

But tougher privacy regulation is a key risk for the world’s most popular social network, which made $3.71 billion in revenue last year from advertising aimed at its 845 million users.

U.S. regulators are already cracking down on Web giants they view as compromising user privacy to attract advertisers.