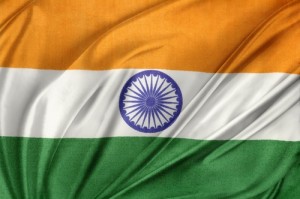 Fairfax India Holdings Corp, a vehicle launched last November by Canada’s Fairfax Financial Holdings to make private equity and other investments in Indian businesses, is expected to raise gross proceeds of approximately US$1 billion. Commitments will be generated by an initial public offering of subordinate voting shares, priced to raise gross proceeds of US$500 million, and by private placements. The offering is expected to close at the end of this month.

Fairfax Financial Holdings Limited (TSX:FFH)(TSX:FFH.U) (“Fairfax Financial”) and Fairfax India Holdings Corporation (“Fairfax India” or the “Company”) announced today that the Company has filed a final prospectus with the securities regulatory authorities of all provinces and territories in Canada and obtained a receipt therefor in respect of its initial public offering (the “Offering”) of 50,000,000 subordinate voting shares (“Subordinate Voting Shares”) at a price of US$10.00 per Subordinate Voting Shares for gross proceeds of $500 million. An electronic copy of the final prospectus is available under the Company’s profile at www.sedar.com.

The Toronto Stock Exchange (the “TSX”) has conditionally approved the listing of the Subordinate Voting Shares under the symbol “FIH”. Listing on the TSX, which is expected to occur upon closing of the Offering (the “Closing”), is subject to the Company fulfilling all of the requirements of the TSX. The Closing is expected to occur on or about January 30, 2015 and is subject to regulatory approval.

“We are humbled to have received US$1 billion of commitments and to close the books on the Fairfax India offering. I want to personally thank each and every one of the many people who worked tirelessly to get Fairfax India launched and also to thank all of the shareholders who have supported this new venture.” said Prem Watsa , Chairman of Fairfax India and Chairman and CEO of Fairfax Financial. “We aim to build value for Fairfax India shareholders over the long-term.”

Fairfax India is an investment holding company whose investment objective is to achieve long-term capital appreciation, while preserving capital, by investing in public and private equity securities and debt instruments in India and Indian businesses or other businesses with customers, suppliers or business primarily conducted in, or dependent on, India (“Indian Investments”). Generally, subject to compliance with applicable law, Indian Investments will be made with a view to acquiring control or significant influence positions.