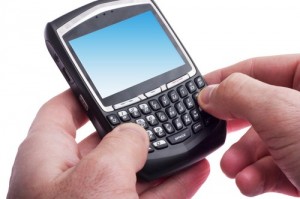 (Reuters) – BlackBerry‘s biggest shareholder has approached several large Canadian investment funds about forging a deal to take the smartphone maker private, but the proposal is still “an airy-fairy, ‘what if’ kind of thing,” according to a source with direct knowledge of the situation.

The shareholder, Fairfax Financial Holdings Ltd., has a 10 percent stake, and its chairman and chief executive, Prem Watsa, has left BlackBerry’s board already to avoid any possible conflict of interest as the company assesses its strategic options.

The source, who declined to be identified because the still-preliminary talks are private, said that in addition to Watsa’s Fairfax there had been an early and informal approach about a possible deal from another investor.

The person declined to name the second party.

“There have been various calls saying ‘if we came up with some kind of a proposal would you look at it?’,” the source said.

Fairfax did not respond to a request for comment, and Waterloo, Ontario-based BlackBerry said it does not comment on speculation.

BlackBerry, which has bled market share to rivals including Apple‘s iPhone and phones using Google‘s Android technology, said last month it was weighing its options, which could include an outright sale.

BlackBerry shares rose more than 6 percent on Monday after Britain’s Sunday Times newspaper said Watsa was closing in on a rescue deal for BlackBerry, with support from Canada’s influential pension funds.

BlackBerry shares closed at $11.53 on the Nasdaq, up from $10.84 at the close on Friday, giving the company a market capitalization of just over $6 billion.

The source said any deal would likely involve more than one of Canada’s powerful pension funds, which would have to weigh the possible benefits of helping a fallen Canadian icon with the risks of getting involved in such a deal.

If a concrete proposal was on the table – something that is not yet the case – things would likely “go quiet” while investors looked at their options, the source said.