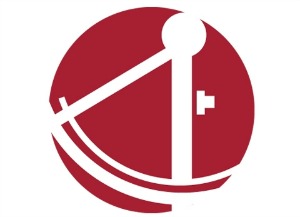 It is axiomatic that high-risk borrowers require close monitoring and must undergo routine field exams. This is essential to performing simple borrower evaluations and ensuring basic issues are brought to light on a timely basis. Failure to do so may even be considered negligent by regulators and internal policy. However, far too many lenders either poorly design their procedures or place undue reliance on the results of these exams and fail to consider the many shortcomings of a typical field exam, thereby misevaluating the true level of risk inherent in their portfolios. As MorrisAnderson recently saw in its work with a residential security alarm monitoring company, a thorough operational assessment is necessary to identify the key drivers behind credit performance, the borrower’s ability to manage the business, and flashpoints that may result in undue risk assumption. If performed during underwriting, lenders may substantially increase the likelihood of a successful return on investment.

In a well-performing credit with strong operations, a field exam is likely sufficient in establishing the lender’s access rights and ensuring the borrower’s management knows to anticipate oversight. However, if the field exam identifies potentially significant issues, they are usually of the type that are endemic to a poorly-performing credit and may not adequately provide the early warning needed to address and resolve those issues. Substantial degradation in enterprise value or commensurate increase in enterprise risk may already be established in the credit and spread throughout the organization. As an analogy, the field exam surfaces the symptoms of the cancer after it has already metastasized. Had the lenders acted sooner to assess the borrower’s operations in conjunction with its routine portfolio administration processes, it could have increased its recovery by millions of dollars by identifying problems before they overtook the company’s ability to respond.

An operational assessment will dig deeper than a field exam and go beyond the financial modeling of the lender’s underwriting process. Yet, it may only represent a slight increase in the burden to the borrower in terms of time and cost. It involves a fundamental evaluation of the borrower’s business operations, not just the financial indicators that may not reveal any underlying rot. In the best-case scenario, everything the borrower has been telling the lender is validated by an independent third-party, the lender walks away with a significantly increased understanding of the credit profile, and subsequent field exams can be appropriately designed to capture and evaluate the key drivers of potential distress. In the worst-case scenario, significant issues are identified at an earlier stage that allow for increased options for resolution or, if performed during underwriting, may prevent a costly blunder.

During a recent engagement with a company that monitored and serviced residential home security alarm systems, the lenders were aware of some potentially challenging problems with the borrower but didn’t fully appreciate the depths or scope of the problems until it brought in MorrisAnderson as to provide interim management. As part of the initial ramp-up, MorrisAnderson performed an operational assessment to better understand the landscape and provide the information it would need to run the company. This information was also critical to the lenders in evaluating their lending risk. Incidentally, the lenders were generally aware of some problems through their own conversations and monitoring procedures, but the field exams performed over the prior several years generally did not identify substantial issues. Of course, the lender’s standard field exam wasn’t designed to identify the key problems, which were operational in nature and would have remained hidden from the lenders for even longer had the operational assessment not been performed. In this case, the lenders initially believed the challenges were easily surmountable and a series of other maneuvers could result in the monetization of the asset base sufficient to repay the lenders in full. In reality, the problems were sufficiently destructive to entirely prevent the sale of the contract portfolio and the lenders were actually substantially under-collateralized. The cancer had spread throughout, but the discovery was too late for anything but palliative care. Having made key decisions on the basis of the field exam results, the lenders selected irreversible strategic options that foreclosed on alternative possibilities. In this case, it may not have mattered, but information is power and having the right people provide information can make a substantial difference in how to handle a particular credit.

The immediate operational problems identified by MorrisAnderson during its initial assessment of the company didn’t involve items typically checked by field examiners, such as the non-payment of payroll taxes, the existence of collateral, the failure to bill customers, or even the stretching of payables. The field exams dutifully checked all of these areas on a regular basis and noted the related signs of stress. The problems centered on the operational side of the business and only manifested themselves in financial terms several years after they first became a problem. The key issues that generated the most substantial risks and degradation in collateral value were:

An obsolete technological platform: the core monitoring software was rudimentary and no longer supported by the developer. Internal resources were insufficient to properly maintain and troubleshoot the system, so any software failures were liable to destroy the entire enterprise value and generate substantial litigation. Indeed, when the system crashed one afternoon, the company only narrowly managed to fix the software and could have easily gone out of business that very day.

Inability to reliably dispatch service technicians: the nationwide network of independent service dealers that was relied on to provide on-site customer service was patchy and relations between the company and the dealers were strained. Thus, the only people that had face-to-face interaction with the customer base were often poor representatives of the company and this drove significant customer cancellations that reduced collateral value.

Lack of an organized telecommunications structure: to sell a residential monitoring contract, the company needs to be able to either sell all accounts programmed to dial a particular telephone number into the monitoring software or the ability to reprogram the customer to dial into another telephone number. Due to poor initial organization that resulted in substantial commingling of disparate types of customers on the same phone lines, MorrisAnderson’s client was unable to sell its portfolio in pieces to investors interested in particular types of customers, such as those located in specific geographical markets.

Consumer-unfriendly contract provisions that were difficult to enforce: the standard customer contract included an evergreen clause that the customers often did not understand. These customers complained loudly when the company exercised their contractual rights, resulting in significant customer ill will and inquiries from consumer advocacy organizations and regulators. This substantially increased operating pressure and resulted in significant contract attrition.

None of these problems were addressed in any of the field exam procedures, yet were paramount to the proper evaluation of continuing risk to the lender. While the lenders knew there were operational problems at the company, and the field exam procedures hinted at some of them, it was only when the lenders performed a full-scope evaluation of the company’s operations were the true magnitude and understanding of the problems identified and dealt with. Had the lenders commissioned an operational assessment during underwriting, or even if the work was performed after closing but still earlier in the deal lifecycle, many of these issues could have been addressed or better monitored before they became catastrophic obstacles to a successful credit exit. Indeed, even the borrower would have had increased resources available to address the issues if confronted by the lenders instead of sweeping them under the carpet. Instead, the lenders’ lack of knowledge resulted in the continual degradation of collateral value with action only occurring after the collateral value slipped below the book value of the secured debt.

When borrower companies are underperforming, the lenders are often the last to understand the root causes of decline. This delay may cost millions in lost value, but an upfront assessment of the borrower’s financial condition and operations can often mean the difference between a collaborative process to rehabilitate the credit and unmitigated disaster. In the interim, clean field exams and positive lender meetings may generate goodwill, but the underlying borrower rot will remain unacknowledged and festering. It is imperative for lenders to acquire as much information and fundamental understanding of the key drivers of business performance as early in the lifecycle as possible in order to mitigate their credit risk. Even in good-performing credits, an operational assessment can provide additional comfort and understanding of key metrics that the lender may want to monitor going forward to ensure potential problems are timely identified and addressed.

Mark T. Iammartino, CPA, is a Director at MorrisAnderson. He provides financial and operational advice to underperforming and distressed companies to help facilitate corporate turnarounds and restructurings. Opinions expressed here are entirely his own.