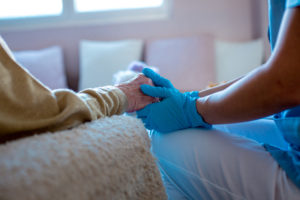 Like everyone else, I’m following Ukraine closely these days. I’m especially interested in the impact on the global economy, financial services and private equity. Before the markets opened, the Treasury department announced it is prohibiting American dollar transactions the Central Bank of the Russian Federation, the National Wealth Fund of the Russian Federation, and the Ministry of Finance of the Russian Federation. “The unprecedented action we are taking today will significantly limit Russia’s ability to use assets to finance its destabilizing activities and target the funds Putin and his inner circle depend on to enable his invasion of Ukraine,” said Treasury Secretary Janet Yellen.

Of more direct relevance to private equity investors, pension funds are assessing their portfolios for exposure to investments in Russia. State legislators in New Jersey and Illinois plan to introduce regulation that would require state pension funds to divest from Russia. And Colorado Gov. Jared Polis issued an executive order that directs state agencies, including the state’s pension system, to terminate contracts involving Russian state-owned companies as contractors or subcontractors.

Let us know how Russia’s invasion of Ukraine is affecting your PE firm. Email me at mk.flynn@peimedia.com

“The last few years have been particularly strong in terms of healthcare companies’ performance,” Nelson said. “Underlying companies performed well, and also companies that were part of the solution, in terms of the pandemic. These companies have grown a lot and many of them have been very successful and that allows for exits to take place faster than the typical three-to-five-year hold period.”

“For us, our exit timing is often driven by how quickly we can deliver against our value creation plan,” he said. “So, if had a plan to do something in five years, and it only took us two and a half years to achieve those goals, then we will start thinking about exiting earlier.”

Off-duty. Buyouts’ Off-duty provides a snapshot of top investors, including a few details about what they do in life when not chasing deals. To help celebrate Black History Month, Off-duty is featuring Tarrus Richardson, CEO of IMB Partners. Founded by him in 2010, IMB is a Bethesda, Maryland-based private equity firm that invests in businesses supporting electric and gas utilities and government agencies. Before IMB, in 1998, he co-founded and was managing director of ICV Partners, a minority-owned, mid-market firm established in partnership with Willie Woods, Harvard Business School professor Michael Porter and American Securities.

Here are some snippets from Kirk’s interview with Richardson:

Who in your career do you regard as a mentor?
“Kelvin Pennington, managing director of IMB. We were introduced when I was a junior in college and he came to campus for a 10th anniversary Purdue/Kappa Alpha Psi alumni event. He was doing my dream job: investing in companies by way of private equity and launching his own firm. What started as me pestering him with phone calls for weeks turned into mentorship, friendship and now partnership.”

What advice would you give a young person interested in a PE career?
“Make sure to keep in touch with your role models. You never know what might come of it.”
What word or phrase best describes you?

“I truly believe diversity is an asset, and together we are better.”

And as Black History Month draws to a close, I want to give shoutouts to two organizations PEI Media is partnering with:

• Girls for a Change, which holds workshops on topics including career paths and financial literacy to “prepare Black girls for the world and the world for Black girls.”

• The Black Feminist Project, which runs a community center in the Bronx and was founded by Tanya Denise Fields

That’s all for today.