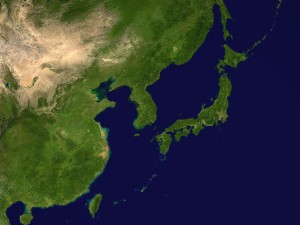 The following is an excerpt from a feature published in the June 18 issue of Buyouts.

Companies based in Japan and China have ratcheted up their pace of acquisitions of sponsor-backed companies in recent years, an analysis by Buyouts finds.

Consider that in 2007, Chinese companies didn’t even rank in the top 30 in terms of agreements to buy sponsor-backed companies in deals valued at $200 million or more, while Japanese companies ranked No. 28 that year, with one deal according to data from Thomson Reuters, publisher of Buyouts. As of June 6, by contrast, the two countries are tied for second this year in terms of the number of deals, with four each (they are ranked second and third, respectively, when ranked by deal value), outpacing Germany, the United Kingdom and Canada, among others (see table for yearly breakdown).

The trend among sponsor deals is consistent with the broader M&A deal market. In the first three months of the year, the value of international deals invested in by Chinese companies increased 118 percent, to $21.4 billion, from a year earlier, according to a survey conducted by private equity firm A Capital featured in the New York Times. Japanese companies, meanwhile, spent a record $70 billion on foreign acquisitions in 2011, according to sister news service Reuters.

Altogether since 2006 companies from these two countries have acquired 57 sponsor-backed companies with a disclosed deal value of more than $66 billion. The average deal size was roughly $1.2 billion, suggesting there is ample opportunity for both mid-market and larger market buyout funds to sell assets to Chinese and Japanese companies.

Companies in Japan, which has a strong currency and a well-capitalized corporate population but is challenged with an aging population, are searching for growth internationally. Acquirers from China, by contrast, are typically searching for assets to help feed that country’s internal growth, sources said, often in sectors involving natural resources and technology.

To read the full feature, go here (subcribers only).