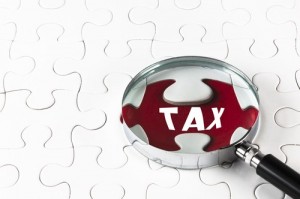 A new report by Osler Hoskin & Harcourt LLP raises a warning flag to investors about federal proposals regarding tax treaty abuse. The proposals, released this month in a government consultation paper, have also been considered from a private equity perspective. Osler Partner John Groenewegen has highlighted some of the specific implications to PE firms that use intermediate investment vehicles when making investments in Canada. If enacted, the measures may deny tax treaty benefits to these vehicles and lead to taxation at full Canadian rates. They may also lead to reciprocal changes by foreign governments, impacting the deal activity of Canadian PE firms abroad.

On August 12, 2013 Canada’s Department of Finance released a Consultation Paper on Treaty Shopping—The Problem and Possible Solutions. The paper outlines Canadian tax proposals regarding perceived tax treaty abuse that may have a significant adverse impact on certain in-bound investments into Canada.

Private equity investors often use intermediate investment vehicles when making investments into Canada, for a variety of reasons. These include limiting tax reporting and filing obligations for multiple investors, use of a common jurisdiction for multiple investors, access to bilateral investment treaties, and access to bilateral tax treaties that can result in reductions in withholding tax rates on interest, dividends and royalties or access to capital gains exemptions. If enacted, the proposals outlined in the Consultation Paper may deny tax treaty benefits to intermediate investment vehicles and lead to taxation at full Canadian rates.

In addition to these proposals, Canada is participating with the G20 and the OECD in a detailed Action Plan released in July, 2013, that is focused on a variety of international tax matters, including preventing the use of treaty benefits in inappropriate circumstances. Recommendations on this issue are expected to be released by September of 2014. Canadian and international investors should keep in mind that other jurisdictions may be enacting similar measures, and/or may respond to any new Canadian rules with reciprocal arrangements denying treaty benefits. Accordingly, outbound private equity investment from Canada could be impacted if Canada’s denial of treaty benefits on inbound investments results in other countries denying treaty benefits to private equity investments from Canada.

There is no specific proposal to adopt any particular measure at this time, as the paper is only a consultation paper which canvasses seven possible methods by which the federal government could legislate in this area. However, as the Consultation Paper does not ask for input on whether Canada should act to curb treaty shopping but how, we fully expect that the Department of Finance will implement these proposals in some form.The Consultation Paper indicates the government is leaning toward taking action in the form of a domestic rule that would remove certain benefits under Canada’s tax treaties. Comments on the Consultation Paper are due by December 13, 2013.

A copy of our recent Osler Update on the Consultation Paper can be found here.

Our integrated Private Equity practice includes a dedicated team of transactional, corporate, tax and specialty partners advising private equity and pension investors on all facets of investment opportunities. Please contact either your Osler client relationship partner or the National Tax Group general mailbox at tax@osler.com for further information and assistance with the consultation process, tax treaty expertise or broader tax matters or our Private Equity general mailbox at privateequity@osler.com.