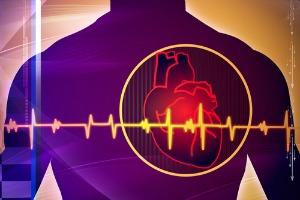 Boston Scientific, the listed medical device company, announced it will spend $90 million up front and as much as a whopping $175 million more in milestone payments over the next five years to acquire Rhythmia Medical, a Massachusetts startup that treats cardiac arrhythmia.

And, paid in full, that will result in a whopping exit of more than 16x for VCs and entrepreneurs who dedicated their last eight years and about $16.5 million to the company.

Thomson Reuters’ research shows there are number of VCs and GPs who went along for the ride with Norwich Ventures on the transaction. At first, in 2005, Norwich Ventures appears to not have been on board with Rhythmia’s first round. A Geneva-based firm called Bonora Ventures is on the company’s federal filing, however. That round generated slightly less than $2 million.

In 2007, the company sought to raise a little more than $7 million, and brought in about $6.9 million, according to a federal filing. This would include Norwich Ventures (according to the filing, Norwich Ventures II was an investor) and Philip Fleck would become a director. Also, Shraga Katz, a venture partner at Magma Venture Partners, joined Rhythmia’s board.

Rhythmia took on $2.6 million more in 2010 and, in another filing that year, stated it reeled in about $5 million of an offering amount of $7 million. It did not further update that filing, making it slightly unclear precisely how much the startup has raised.

This isn’t the first big deal this year for Norwich Ventures. Earlier, over the summer, it exited its stake in Intelligent Bio-Systems as the company was absorbed by Netherlands-based strategic Qiagen in a transaction that analysts suspected went for less than $50 million, one report stated.

Image Credit: Illustration of heart with pulse via Shutterstock.com