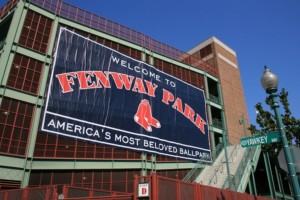 Fenway Partners and several of its executives will pay a combined $10.2 million to investors harmed by its failure to disclose payments to an affiliated consulting firm, according to the SEC.

Fenway’s principals formed the consulting firm roughly five years into the life of Fenway Partners Capital Fund III. The team used the entity to charge fees to the fund’s portfolio companies in exchange for management and monitoring services, in effect bypassing an 80 percent management fee offset LPs should have received, according to the SEC.

The SEC found the services provided by Fenway Consulting to be similar to those the firm already provided through its general partnership group. In one instance, Mayhew directed an unnamed portfolio company to halt monitoring fee payments to the GP. One month later, the same company entered a consulting agreement with Fenway Consulting for $1 million.

Fund III LPs did not receive an 80 percent offset for the $1 million payment.

“Fenway Partners and its principals breached their fiduciary obligation to fully and fairly disclose conflicted arrangements to a fund client, and compounded the breach by omitting material facts about the arrangements when communicating with fund investors,” said Marshall Sprung, co-chief of the SEC Enforcement Division’s Asset Management Unit.

Fenway and past and former executives did not admit or deny to the SEC’s findings.

“We are pleased that the matter has been resolved,” said Fenway spokesman Brian Shiver.

Fenway Partners notified its LPs of a possible SEC enforcement action in March, The Wall Street Journal reported. peHUB later reported the regulator was looking into Fenway’s handling of fees and expenses, including payments made to Fenway Consulting Partners.

Fenway’s settlement is the latest in a string of SEC enforcement actions levied against private equity firms. In October, Blackstone Group agreed to pay roughly $39 million for failing to inform investors about accelerated monitoring fees and legal fee discounts. The SEC also reached settlements with Kohlberg Kravis Roberts & Co. and Lincolnshire Mangement over the last 18 months in relation to similar fee and expense issues.

Fund III was returning 1.11x multiple and 2 percent IRR as of June 30, according to Oregon Public Employees Retirement Fund documents.