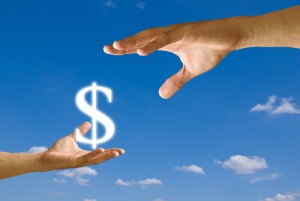 Buyout and related private equity (PE) deal-making in Canada moderated in the first quarter of 2013, reports Thomson Reuters (publisher of peHUB Canada). Deal volume declined 47% year over year, however, disclosed deal values, totaling $2.1 billion, were on par with activity in Q1 2012. Natural resource sectors accounted for the largest shares of both transactions and dollar flows. Liquidity events were steady in Q1 2013, as were new commitments to Canadian buyout-PE funds, which totaled $1.1 billion.

The pace of deal-making in Canada’s buyout and related private equity (PE) market moderated in the first quarter of 2013. Control-stake acquisitions, minority investments and other PE transactions (announced and completed) totaled 47 in this period, down 47% year over year.

On the other hand, disclosed buyout-PE disbursements, totaling $2.1 billion between January and March, largely approximated amounts reported at the same time in 2012.

Trends in the US buyout-PE market

Trends in the American buyout-PE market showed particular vigour in the first quarter 2013, to a significant extent because of the pending buyout deal involving Dell Inc. According to Thomson One, disclosed deal values in the United States totaled US$81.8 billion in this period, reflecting 65% of the US$126.6 billion in values reported in total for the whole of 2012.

Close to one-third of total buyout-PE deals done in Canada in the first three months of 2013 involved businesses based in oil and gas, other energy-related sectors, and mining. In second spot was activity in construction and engineering and activity in information and media, which each accounted for 11% of deals.

With respect to transaction values, the mining sector dominated market activity in Q1 2013, taking 53% of all disbursements, mostly due to the presence of the ArcelorMittal Mines Canada deal.The oil and gas sector also took a substantial share (20%), followed by agriculture and forestry (9%).

The majority of Canadian buyout-PE deals done in the first quarter of 2013 were located in Ontario (41%) and British Columbia (21%). A substantial number of transactions were also reported in Alberta (17%) and Québec (15%).

As Québec was the location of the ArcelorMittal Mines Canada and EACOM Timber transactions, that province accounted for a disproportionate share of dollar flows between January and March, or 55% of the total. Alberta took second spot (20%), followed by British Columbia (18%).

Canadian large-cap and mid-cap funds were less active on a global scale in Q1 2013, at least as compared to their extensive deal-making throughout 2012 and 2011. A number of major transactions were nonetheless announced or completed. These included Teachers’ Private Capital’s acquisition of Park Ridge, New Jersey-based SeaCube Container Leasing Ltd. for US$467 million, and Onex Corp.’s acquisition of a 50% interest in San Francisco, California-based BBAM LLC for US$165 million.

Canadian funds led or participated in a total of 13 international deals between January and March, which is down slightly from the year before. On the other hand, disclosed disbursement levels, which totaled $2.1 billion this time around, were among the lowest in recent quarters.

The pace of liquidity events involving Canadian-based portfolio companies remained steady in the first quarter of 2013. Canadian and foreign fund realizations totaled in this period, or effectively one-quarter of the 78 exits reported in total in the domestic market in 2012.

Strategic acquisitions continued to drive exits, accounting for 74% of the total number between January and March. This activity was illustrated by several major transactions, including the sale by 3i Investments of Georgetown, Ontario-based Mold-Masters Ltd. to Milacron LLC for $975 million, the sale by Clairvest Group of Vancouver-based PEER 1 Networks Enterprises Inc. to Cogeco Cable Inc. for $635 million, and the sale by Goldman Sachs Capital Partners and Investissement Québec of Montréal-based Alliances Films Inc. to Entertainment One Ltd. for $225 million.

Canadian buyout, mezzanine and other PE fund-raising activity in the first three months appeared to be tracking activity in 2012, with a total of $1.1 billion of new capital committed going to ten partnerships and other funds. The largest of these was the final close of Brookfield Asset Management’s third turnaround and special situations partnership, Brookfield Capital Partners III LP, which raised US$1 billion in total.