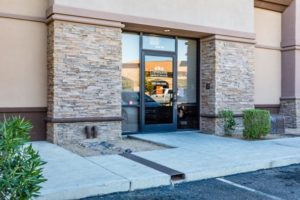 FFL Partners and Two Sigma Impact have acquired majority ownership of Community Medical Services (CMS), a provider of treatments for opioid use disorder (OUD). PE Hub interviewed the lead investors from both firms, as well as the CEO of the target. The companies will announce the news later Tuesday morning.

Founded in 1983 and headquartered in Scottsdale, Arizona, CMS operates more than 45 clinics in 9 states. The company aims to provide high-efficacy treatment for OUD while reducing the stigma associated with it. CMS is credited with opening the nation’s first 24-hour opioid treatment-on-demand center in Phoenix in 2017. The company was an early adopter of telemedicine and currently delivers about half its services via that medium.

“Society has a punitive mindset about people who use drugs,” Nick Stavros, CEO of CMS, told PE Hub in an interview. “CMS provides compassionate care and harm reduction in a nice, inviting environment, a place where they can heal.” Stavros’ sister died from an overdose of heroin approximately 20 years ago.

“We have been active in the behavioral health space for some time now and have spent the past several years looking to make an investment in the medication assisted treatment space,” Chris Harris, managing partner, FFL Partners, told PE Hub. “When we had the opportunity to meet with the CMS team, it was clear that they were looking to build something different. With the opioid crisis intensifying, we are seeing a massive gap between those in need of care and available providers. CMS’s dedication to not only providing treatment but improving access for those who otherwise would not have been able to receive care was something that really resonated with our team.”

Harris and and Lieberthal have known each other for 20 years and worked together previously. Lieberthal mentioned the growth plans include inorganic growth through potential acquisitions.

OUD care is one of the largest and fastest growing segments of US healthcare and is suffering from a supply constraint of qualified medical professionals, according to CMS. Opioid users are one of the most significantly under-diagnosed and under-treated populations in the nation, with only about 43 percent of the 4.6 million individuals suffering from OUD having been diagnosed and only 40 percent to 50 percent of those diagnosed receiving treatment. These factors are creating significant demand for substance abuse treatment programs that are focused on passionate care and positive outcomes.

FFL Partners is a San Francisco-based private equity firm with over $5 billion under management. Two Sigma Impact is a business of Two Sigma. Its mission is to combine active, principled ownership and data science with the goal of achieving superior returns and positive social outcomes.

Terms of the transaction were undisclosed. Sources peg the target’s 2021 revenue at $100 million. The deal marks an exit for Clearview Capital, which invested in CMS in 2018.

CMS was advised by Houlihan Lokey and Alston & Bird LLP, while FFL and Two Sigma Impact were advised by Willkie Farr & Gallagher LLP.

Update: This story was updated to include information about Clearview Capital.